So Friday night in London means drinks, especially in the summer.

This Friday those drinks were cocktails (again!).
I met my friends Tiva and Susan in 69 Colebrook Row (aka the bar with no name). They are serious about cocktails here, and it shows with flawless versions of the classics reimagined.
My friends adored their dirty martini and my Lime Plus + was a fabulously balanced cachaça drink. I also splashed out for the most expensive cocktail on the list at £5 extra – the Vintage El Presidente – another amazing drink that went down too well! 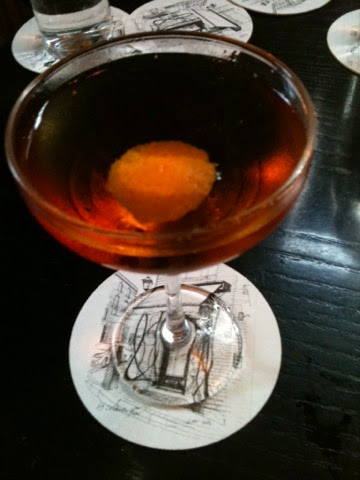 We were also given a free Praire Oyster cocktail to try – this is a Bloody Mary in the form of an oyster. It looks beautiful and the flavouring was exquisite. 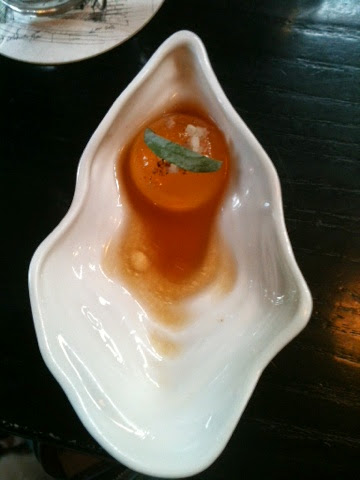 You had to shoot it like eating an oyster

We also tried some of their food. It was mainly deconstructed… like the beef sandwich thats raw beef wrapped around a pumpkin seed cracker, but it’s totally sublime! 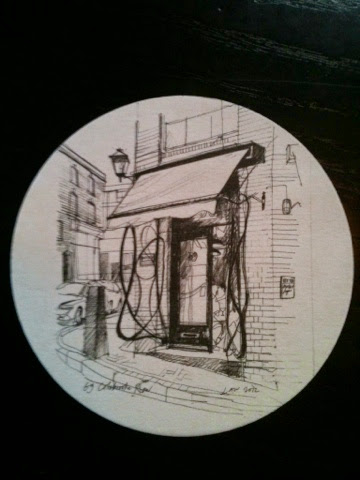 This is actually a view of their front door – you can find more information and book here: The Bar with No Name

One word of warning you will end up getting involved in the next table’s discussion – you are practically sitting on top of them!

The next order of business was to find somewhere that served proper filling food to soak up the next round of cocktails – so we headed up Essex Road.

We first stopped at Barrio Norte – a smashing little Mexican place that is certainly very lively. Unfortunately it was full with all the tables taken, so we headed over the road to the Wenlock & Essex.
Luckily they had plenty of tables, whilst we could have squashed onto one of the outside ones, we decided to sit by the window instead. There was a lovely barman with a good cocktail palate who made a mean Margarita, a decent Mai Tai (his colleague was heavy handed with some random coconut flavoured sweet stuff – I couldn’t work out why they included it in the first place). He was also experienced enough to go off menu with an Old Fashioned for my friend Tiva.
Given we got to about round 4 of cocktails it was good they do filling food! We noshed down on ‘proper American’ style chicken wings (according to Susan the resident American), sliders, crab roll, sweet potato wedges and calamari. What a spread!
Suitably filled we then changed roads – moving to Upper Street. Here we ended up at The House of Wolf. I think we were the first people in the place – it was 10pm but we’d been drinking for hours and were ready for dancing!
Unfortunately the bar staff were more enthusiastic than talented in the cocktail department. Admittedly we had started at the top with 69 Colebrook Row – but given the excitement that greated our entry I really thought we’d get something good here…
Instead Tiva got brandy when she said she liked Bourbon. Susan got a decidedly inferior version of the El Presidente and I got a gin cocktail that was meant to have lemon grass and ginger infused syrup in it. Whilst I had no complaints about my cocktail (Susan definitely complained about all of hers!), the flavouring wasn’t quite there, so we switched to beers (bottle only) and then onto straight forward spirits and mixers which you can’t really get wrong!
As the only people on the dance floor the DJ came and asked what we wanted to hear (I think it was meant to be a 2000 onwards night?!). So we had fun!
Apparently one skill I’ve picked up on my year out is dancing… Although I was terrible at the salsa and tango I tried, Susan was complementing me on my (new) moves!
Not sure that’ll help the CV too much – but it’s something I’m proud of! 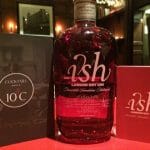 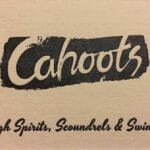 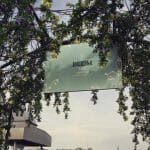 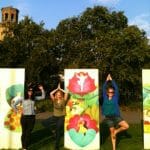