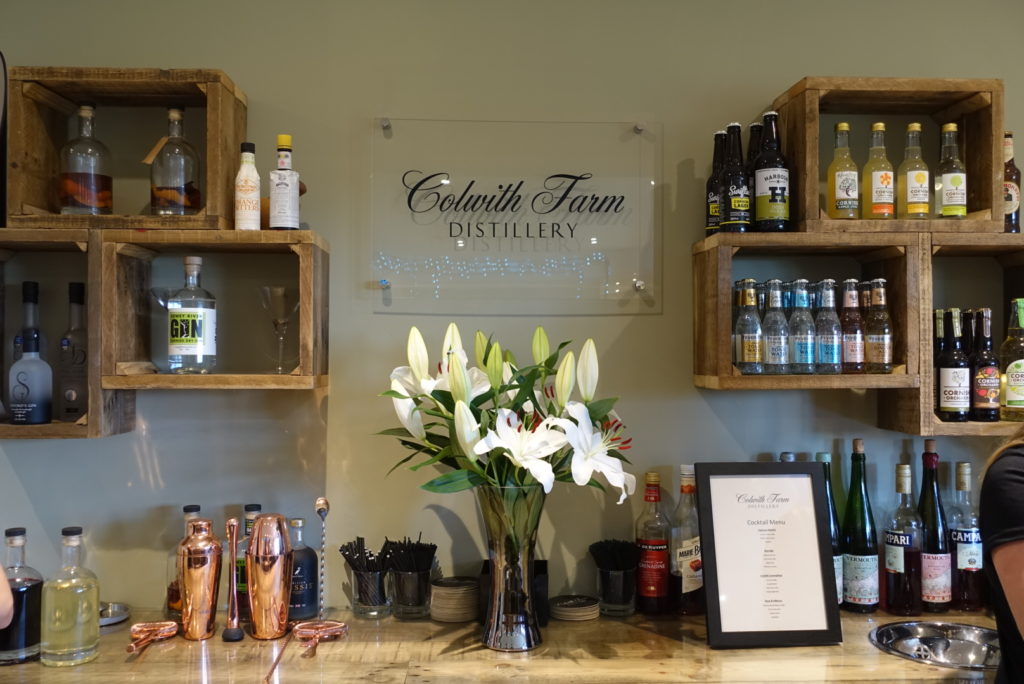 *Full disclosure, our tour at Colwith Farm Distillery was free in return for this blog. All opinions remain my own as ever*

The whole aim of our trip to Cornwall, was a Cornish gin break, based in Talland Bay Hotel.

Colwith Farm Distillery make Talland Bay Hotel gin, so it was obvious that we had to visit and do the tour around their new distillery and visitor centre. 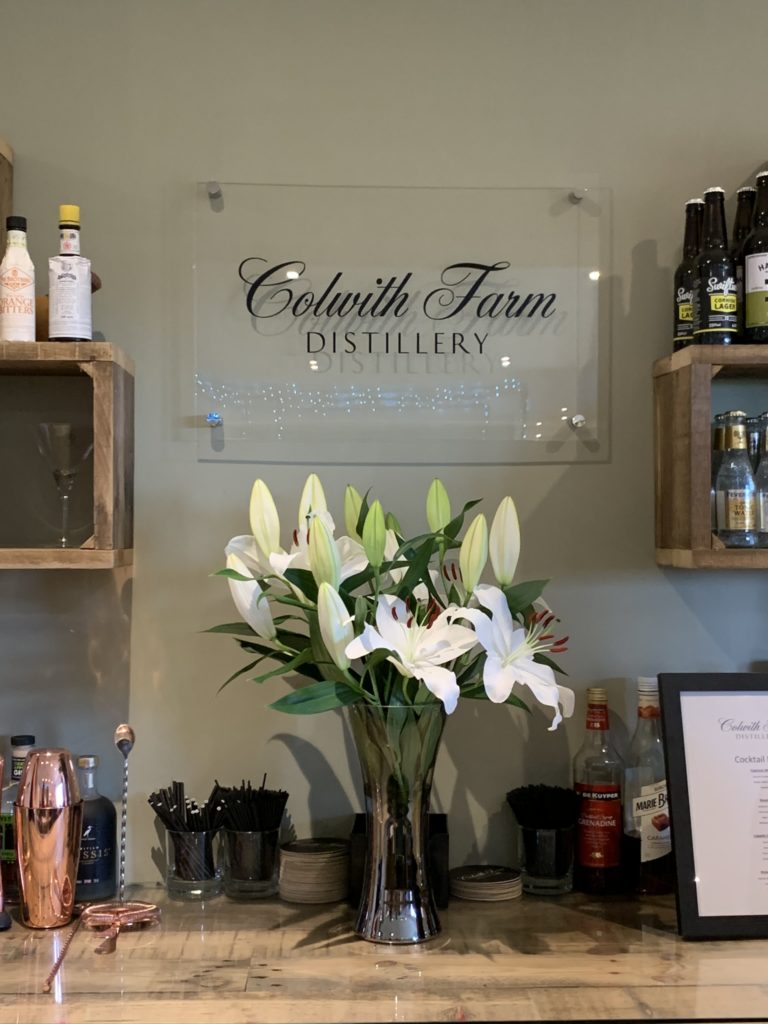 The bar at Colwith Farm Distillery

Getting to Colwith Farm distillery

A 40 minute drive from Talland Bay Hotel is Lostwitheil (I still don’t know how you say this!), where Colwith potato farm, turned distillery, is based.

We were booked in for their 2pm tour & tasting on the Saturday afternoon (pre-booking recommended).

Tour guide Kim welcomed us at the bar with a drink. 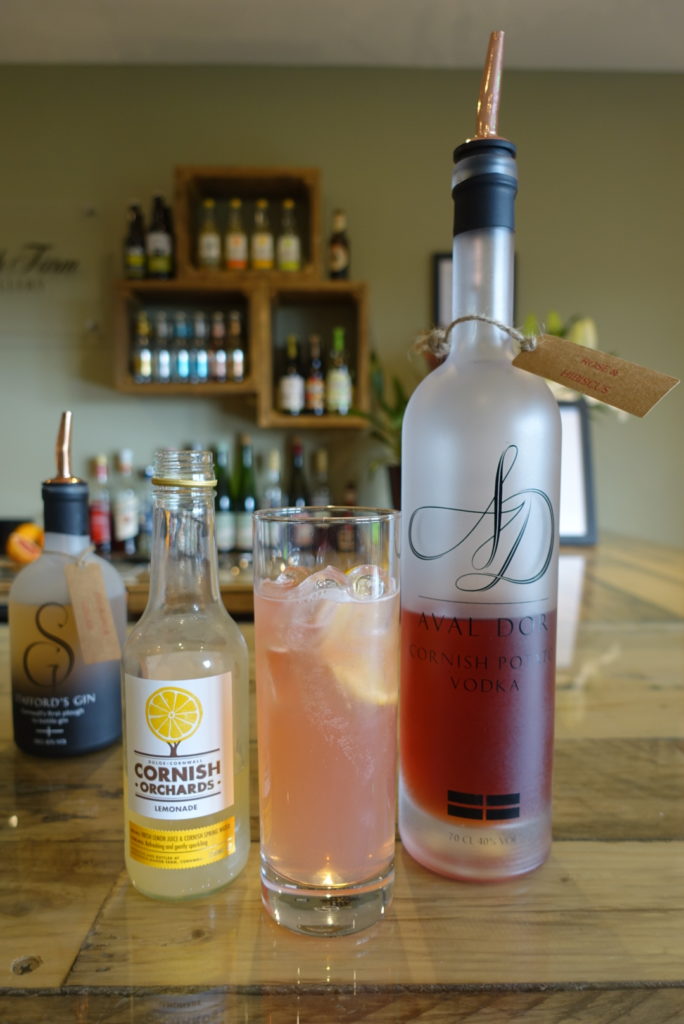 I started with the Aval Dor Rose and Hibiscus vodka with Cornish Orchard lemonade – shush don’t tell anyone I was #cheatingongin!

She then showed us around the distillery and explained the process for turning potatoes into alcohol.

Good question! The Colwith Farm is primarily a potato farm that has been in the family since the Stafford’s bought it in 1904. The distillery is run by Steve, his brother and father still run the farm, but they had tasked Steve to look at options for using excess potatoes in 2010. As Steve did his research he decided that making their alcohol from the potatoes could work and hence their potato vodka was born, called Aval Dor (this is Cornish for potatoes). Steve then expanded into gin, after seeing that market take off. As their products proved popular, they looked at moving the distilling process onsite and building the visitor centre, which opened in June 2019. Colwith Farm Distillery is Cornwall’s first plough to bottle distillery and one of only a dozen distilleries in the UK that make their own base spirit.

How to make potato alcohol

So how do you make alcohol from potatoes? Well it’s not dissimilar from making alcohol from grains (which is what most gin in the UK is made with).

1 – Start with a high starch potato (the starches turn into fermentable sugar, which is what is needed to make the alcohol) 1 batch takes 1,000kg of potatoes. 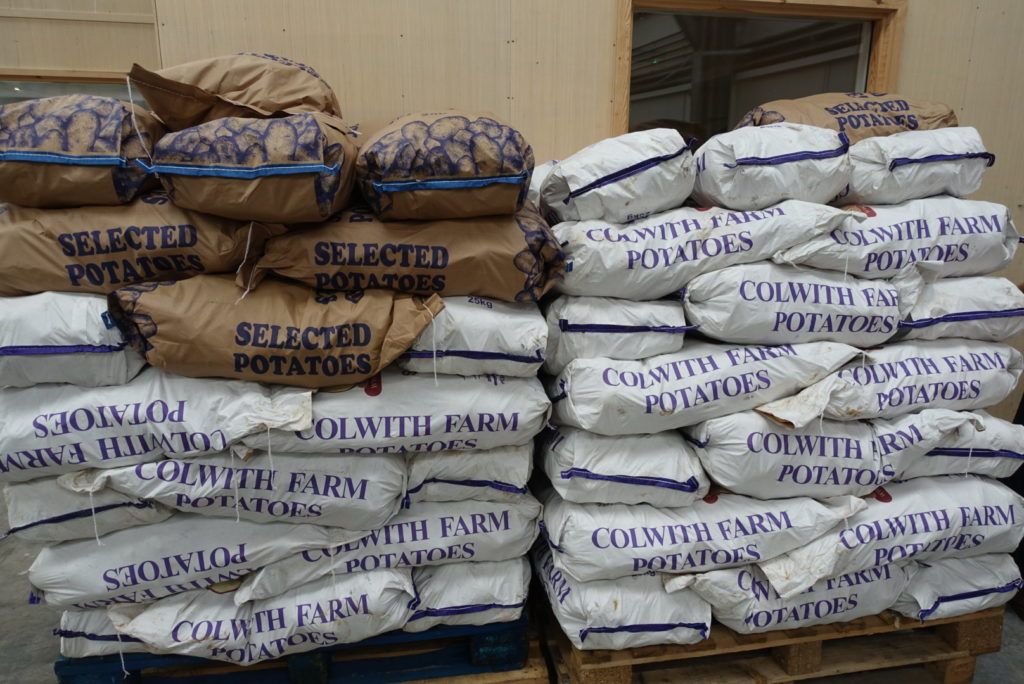 2 – Peel – not by hand obviously! They use this machine to clean and peel. 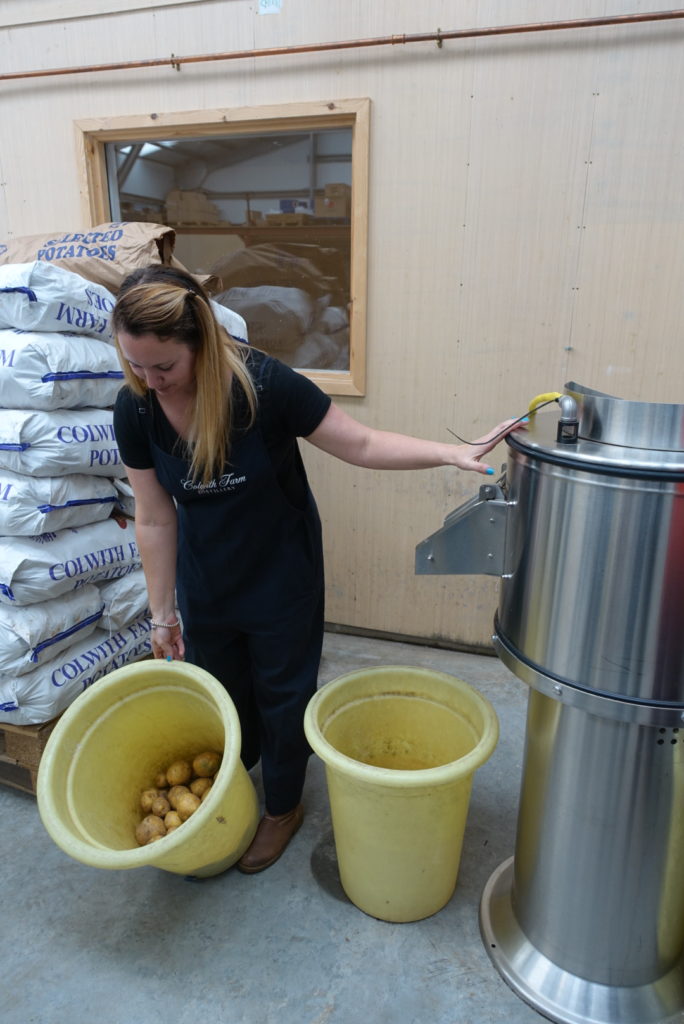 3 – Mash – the raw potatoes are then mashed up to increase the surface area available and convert the starch in to sugar when cooked. 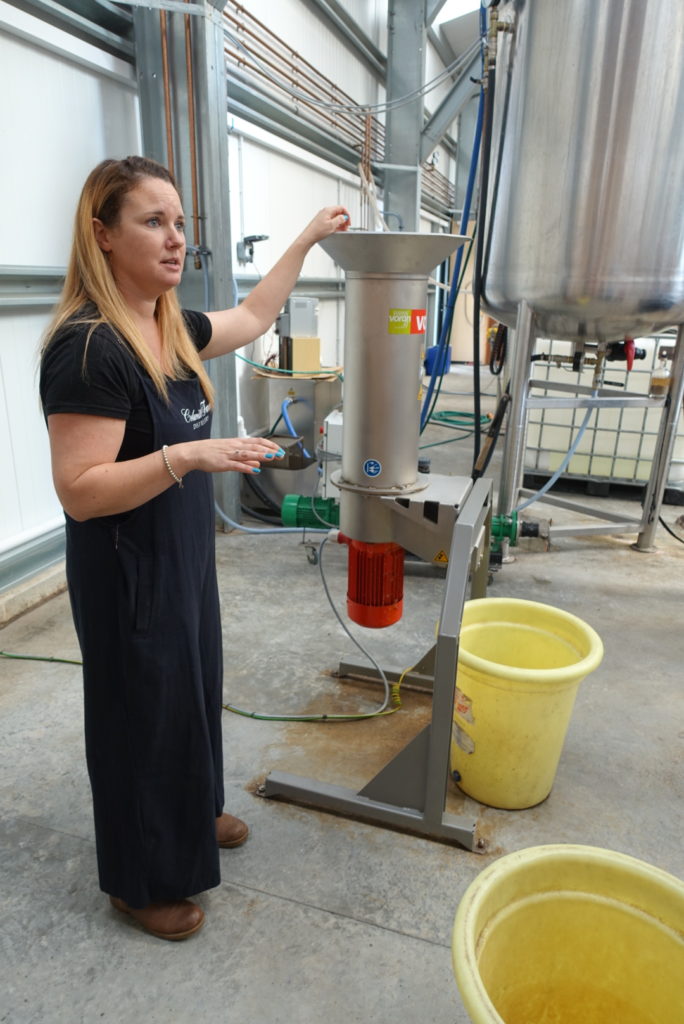 4 – ‘Cooking’ in a boiler. They heat the potato mixture to 95 degrees (which takes 3 hours) and then cool down to 30 degrees over 5 hours. 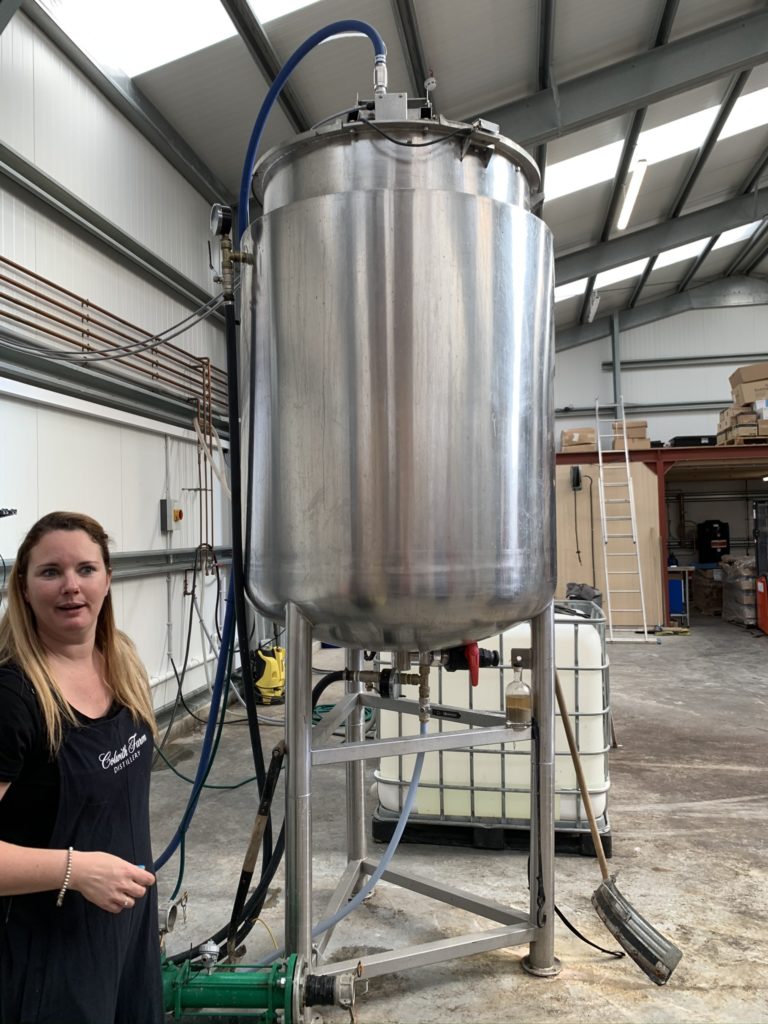 Just a massive boiler to cook the potatoes

5 – Add the yeast – the mixture is pumped into large plastic containers and the vodka yeast is added. After 2 weeks this results in a potato ‘wine’ at 8% abv. This looks terrible, but actually smells sweet and fruity. 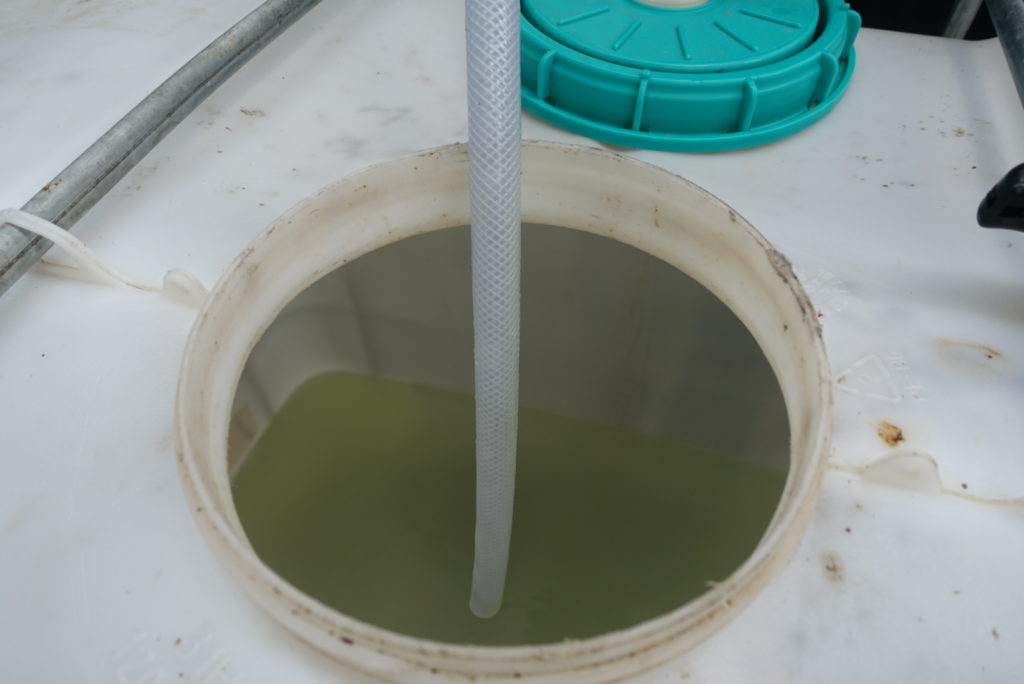 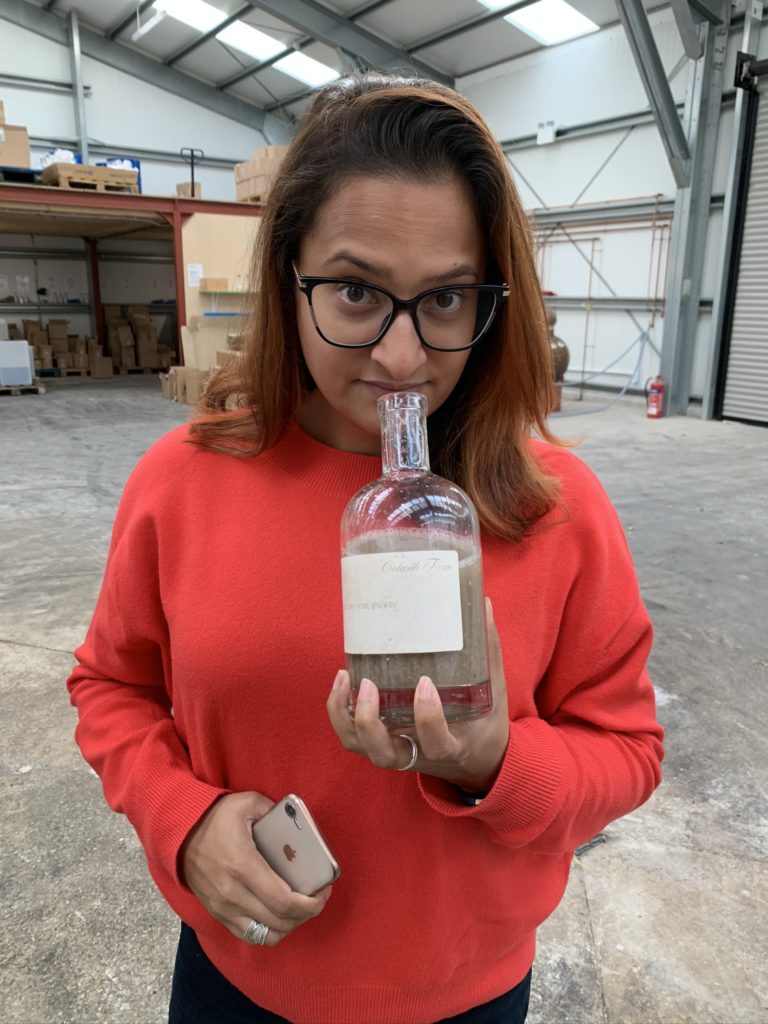 Meena is surprised about the smell (look at how murky the colour is!)

6 – They then put this through the Polish stripping still (originally made in Poland). This heats the potato wine to 95 degrees via the oil jacket around the still. 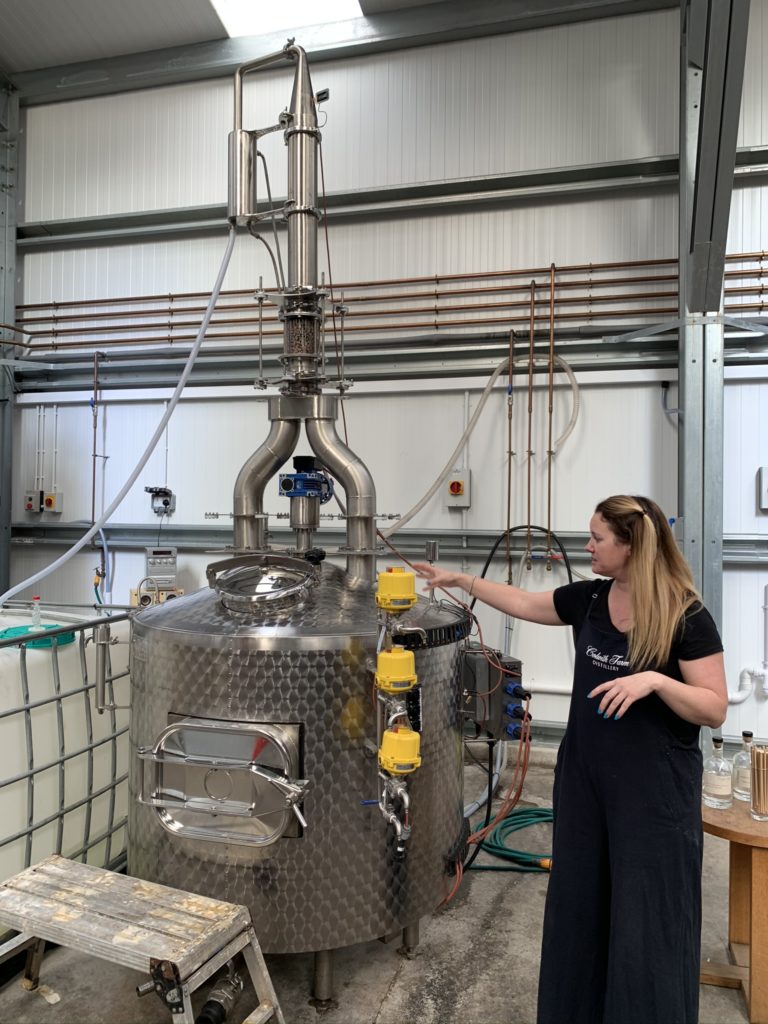 The steam goes through 2 columns, via copper rasher rings, which remove the sulphides and fusil oils. The vapours will move through the still up to 40 times before they are finally condensed back into the liquid ‘low wine’ at 30%. This process takes 14-16 hours to run.

7 – The low wine is added into the next still to ‘rectify’ it. This basically means taking out the nasties… 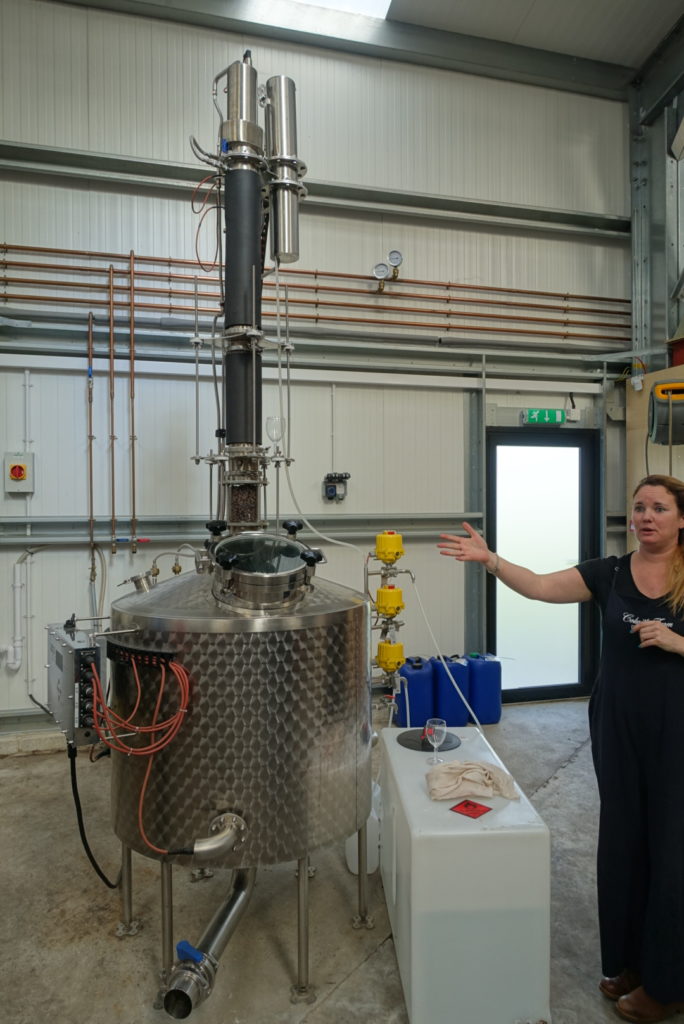 The rectifying still, with plastic container to collect the precious ‘hearts’ next to it

The menthanol that you don’t want is the first thing to come out of the still. This is separated and disposed of. The next part is the good bit, aka the hearts, which is what Colwith Farm Distillery want to turn into their vodka & eventually gin. The last part that comes off is the tails – this is not good to drink either, so this is separated. The whole process takes 24 hours to produce the 96% base spirit. 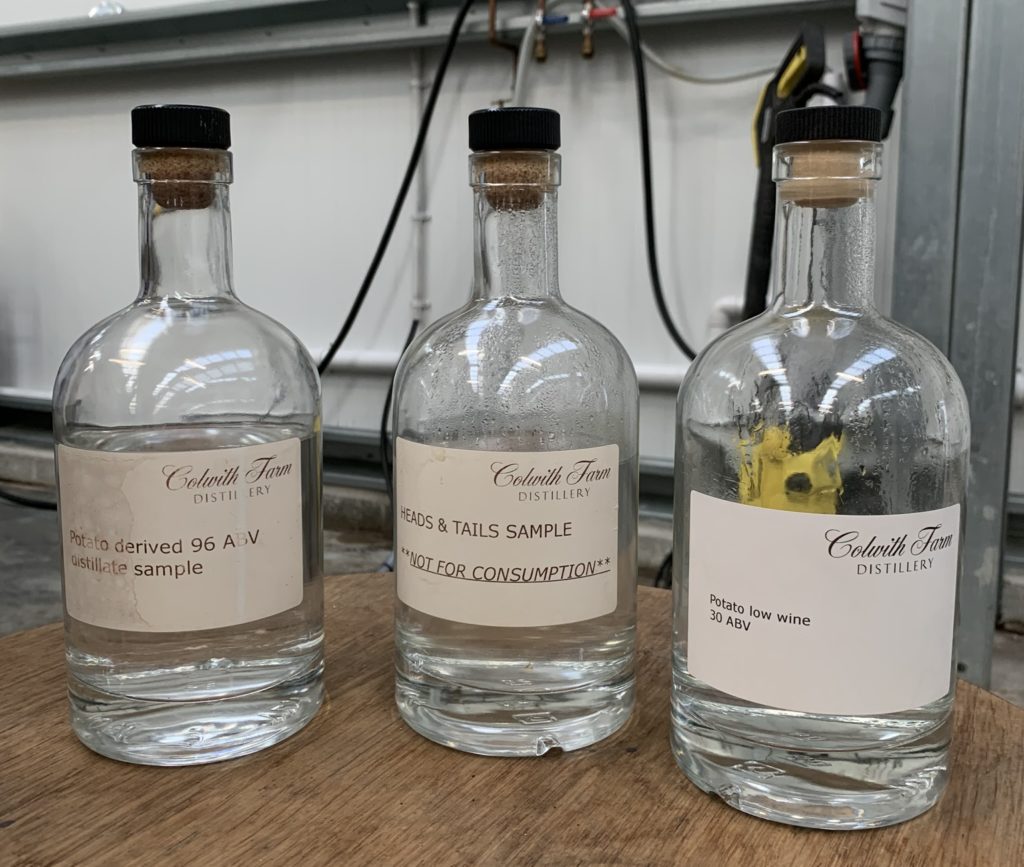 8 – At this stage they use the spring under the distillery to dilute the spirit into vodka strength. Vanilla is also added to the Aval Dor vodka for a subtle flavouring in the limited edition vanilla vodka.

9 – The potato spirit used as the base spirit for the gin. However they don’t just use potatoes here – they have distilled a tonne of blueberries before and also make the Fowey River gin from cider, starting at stage 6.

1 – The gin stills are Portuguese hand made stills sitting on top of paella rings to heat them! 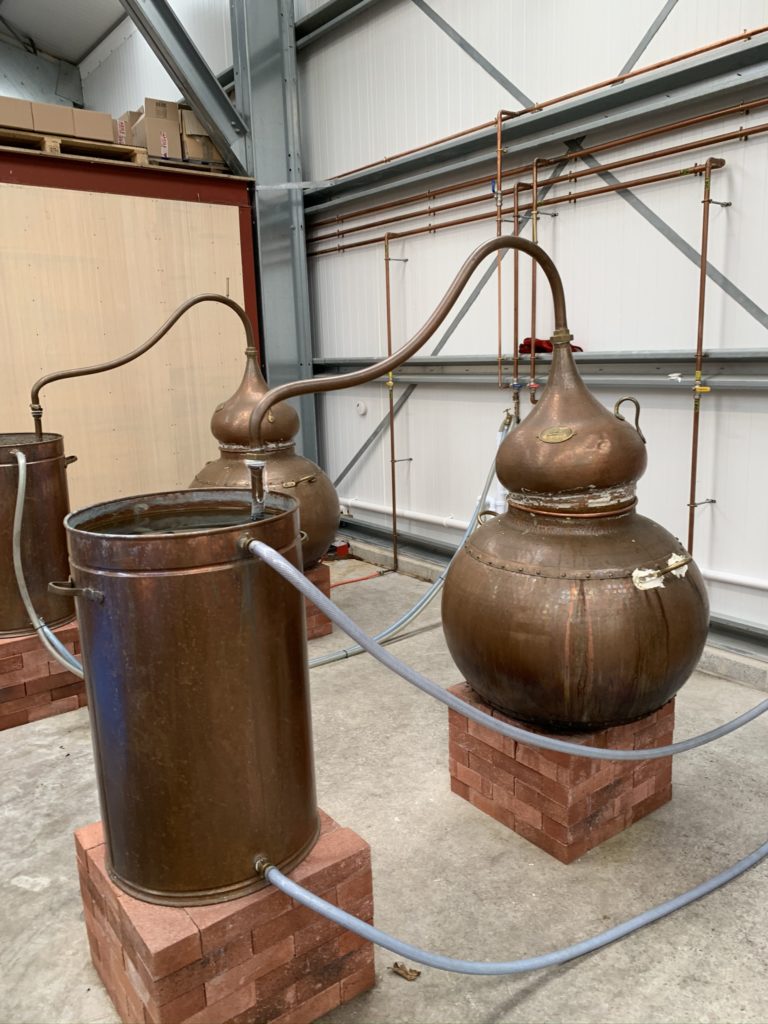 2 – They add the 96% alcohol with equal parts mineral water into the still to get an average 50% ABV, add the botanicals and heat. As the stills heat up the oils in the botanicals are released into the spirit and come out with the vapour. This then condenses into gin. This single shot method of distilling gin makes it a ‘London Dry’ style even if it isn’t made in London!

Read more about the different styles of gin in this post: what is gin?

The whole process from plough to bottle makes 60l of gin. 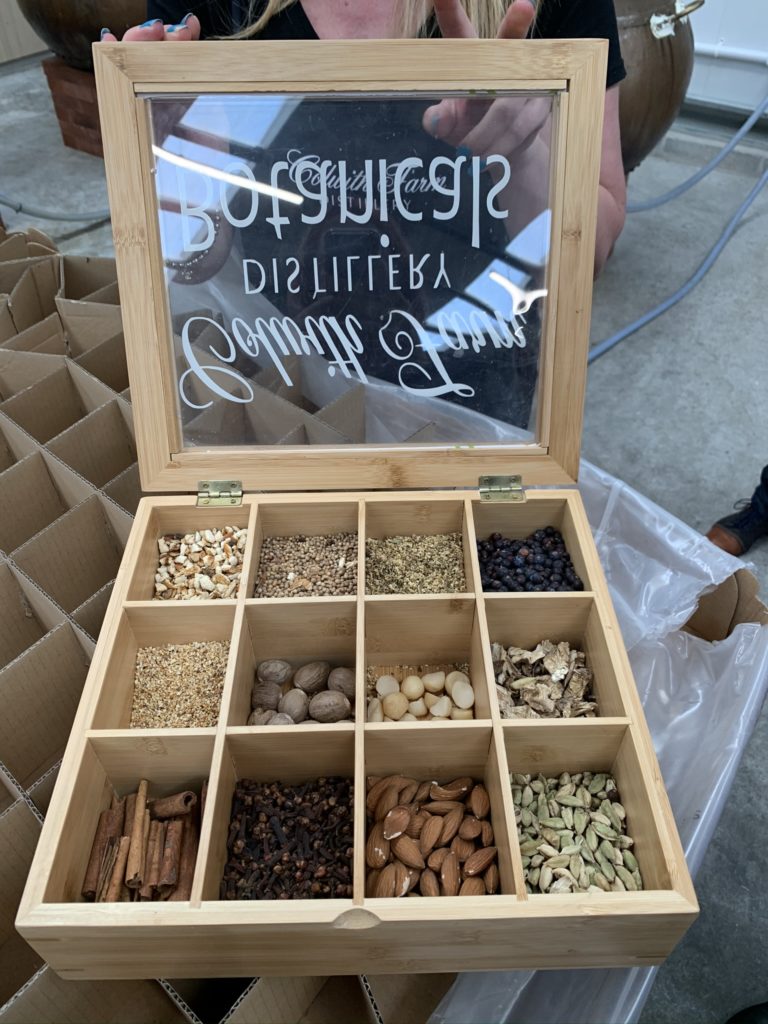 3 – First the gin is diluted with the water to the required ABV, then it’s rested to let it settle and the flavours disperse throughout. The gin is then filtered before bottling, they also add the neck label to show which gin is inside. 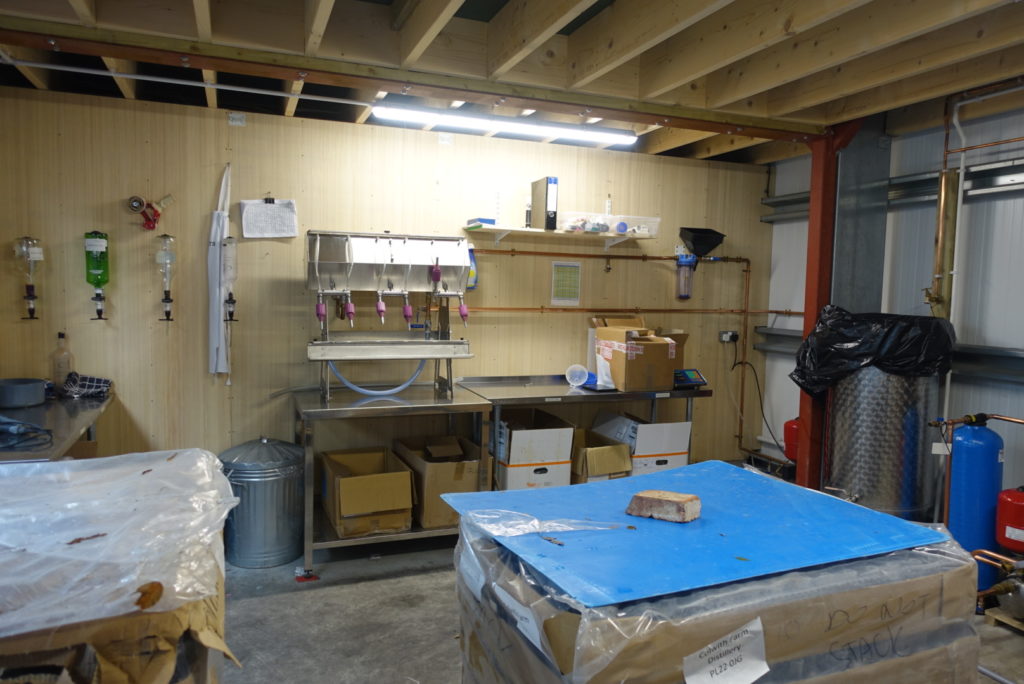 The bottling area of the distillery

After we completed the tour, the best bit came – the tasting!

We finished up with a tasting of the Colwith Farm Distillery range: 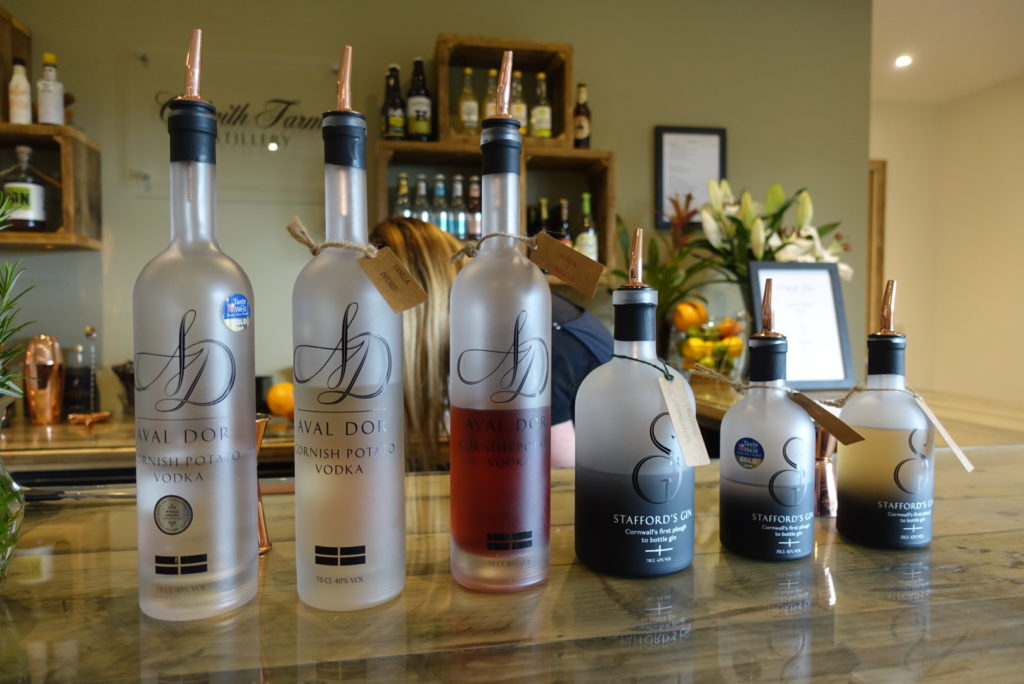 The full line up of Colwith Farm Distillery vodka and gin 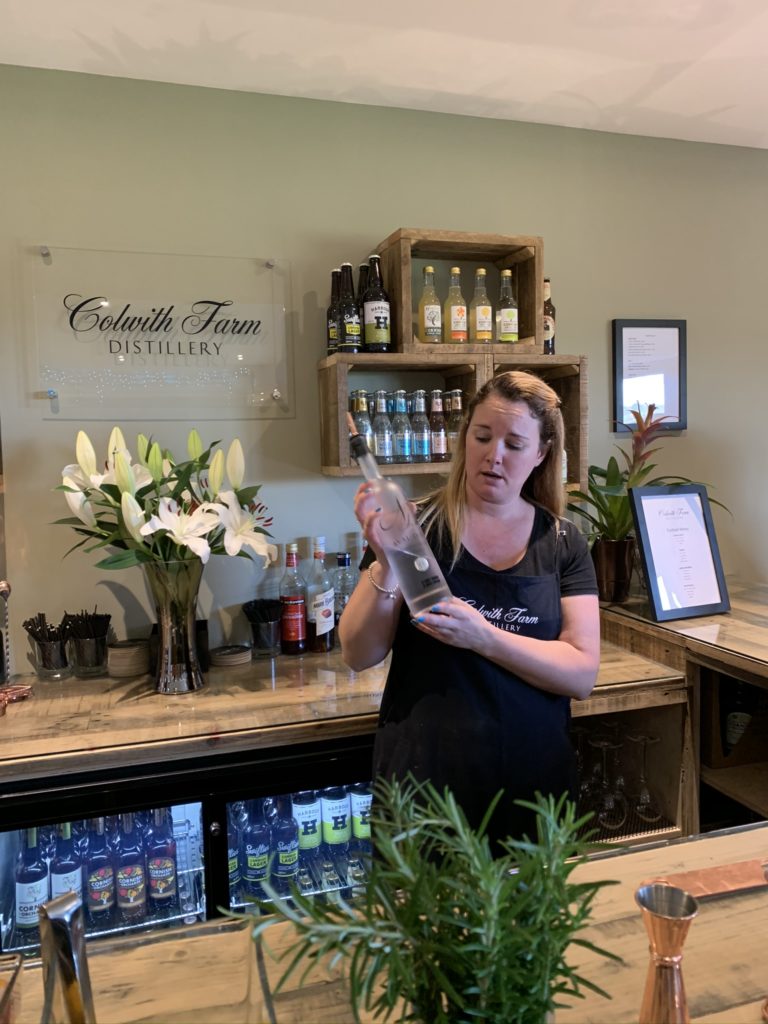 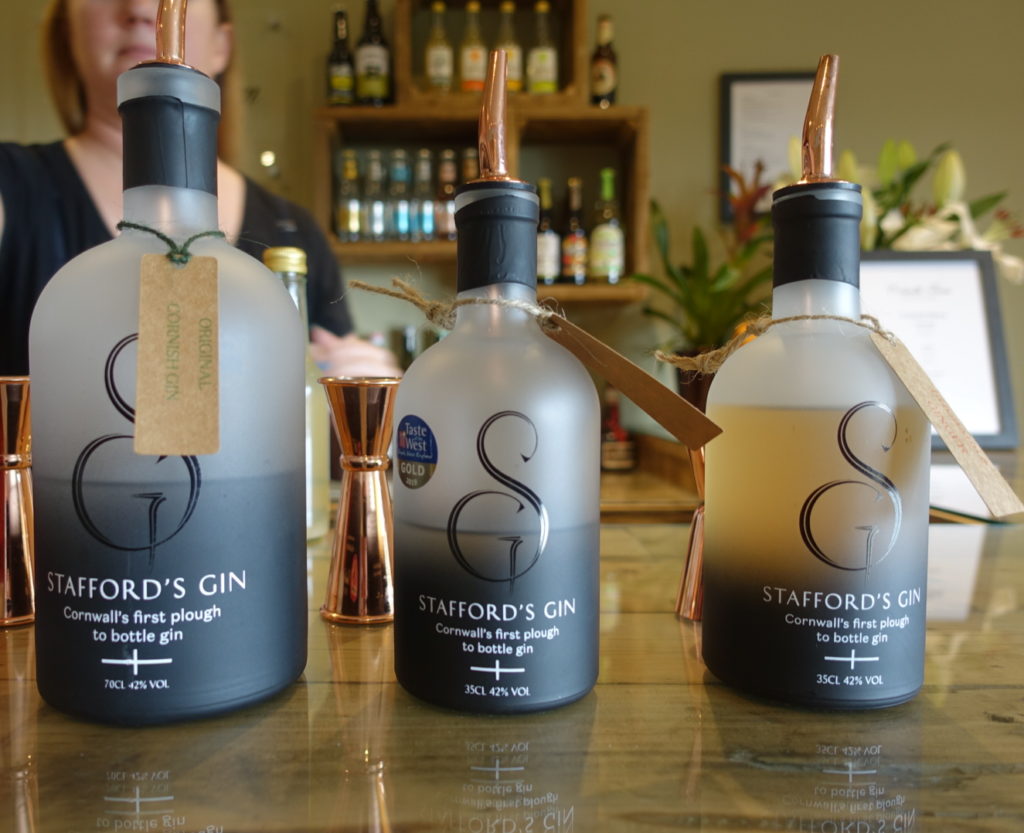 The Stafford’s gin line up

As I mentioned above Colwith Farm Distillery also make gin from other spirit bases, including Fowey River cider. All the Fowey River gins are made from this apple cider base. 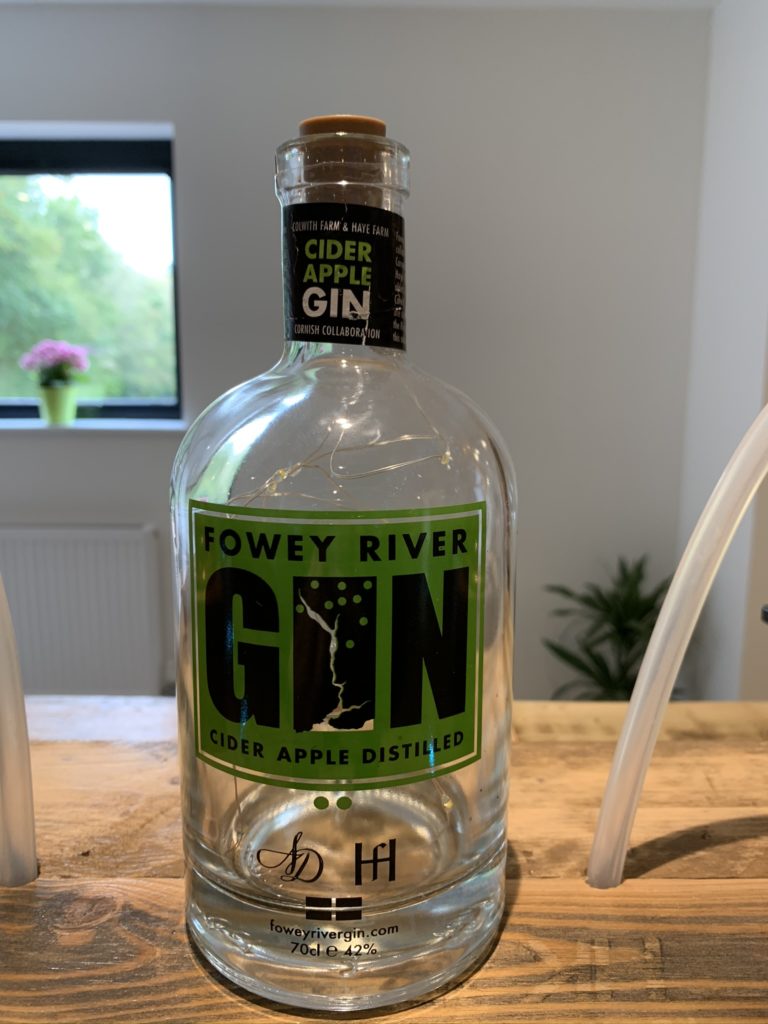 Fowey River gin is made in collaboration with Haye Farm, who are Cornwall’s oldest cider maker. The cider base adds a very distinctive flavour to the gin, that Meena and I had struggled to place when we tasted it at Talland Bay Hotel. 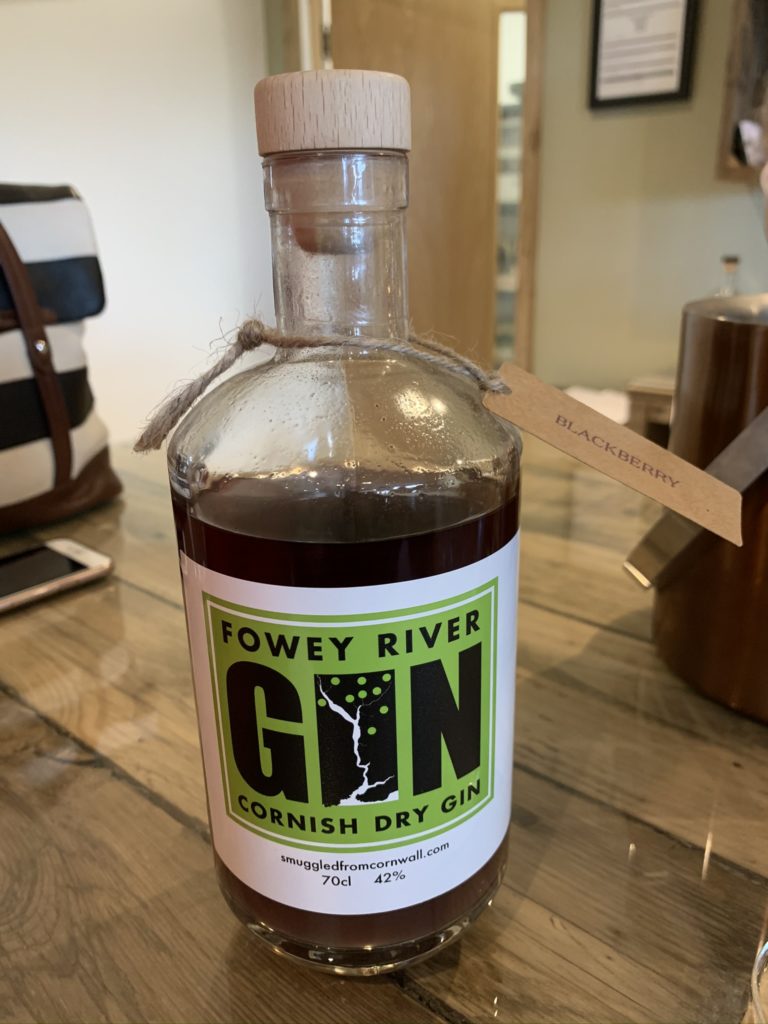 Fowey River Blackberry gin – similar to a sloe gin, the cider apple base is infused with Blackberries.

Book your tour or experience

The Colwith Farm Distillery tour that we did takes around 90 minutes and costs £15. This includes the tasting and £5 off purchases over £30. Designated drivers like Meena get to take away a 5cl bottle to taste when they aren’t driving – a nice touch! 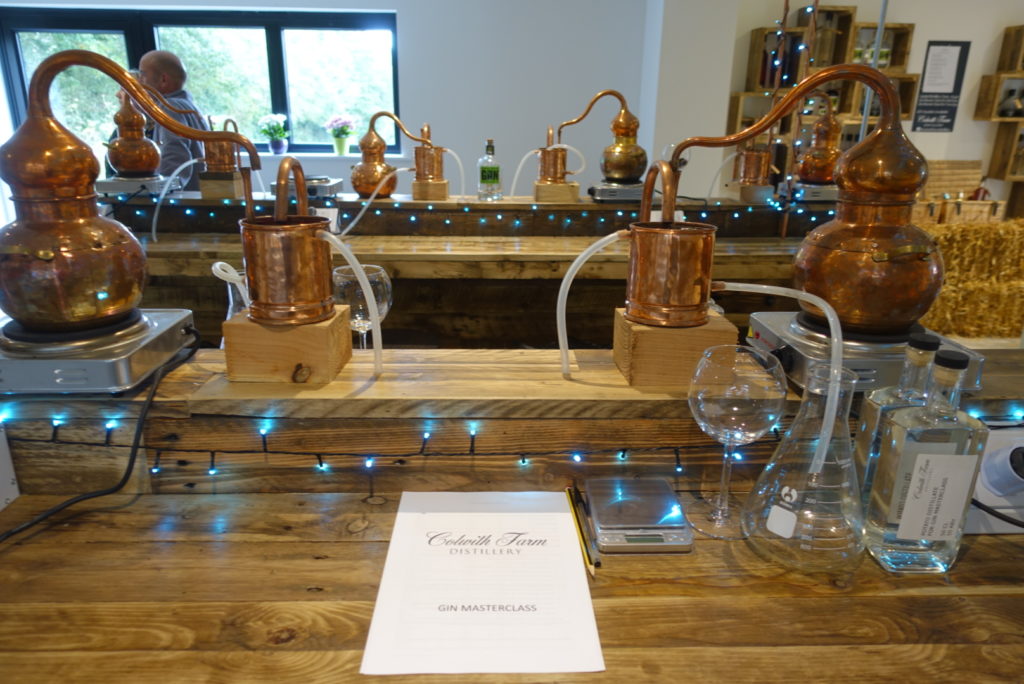 With the gin masterclass you get to play with these mini stills and make your own gin!

Colwith Farm Distillery also do a gin making experience, if you really want to get hands on distilling your own gin. The masterclass is £100 for one person or £150 for two. They also have a Christmas special at £25 that includes tasting their special Christmas edition vodka and gins.

A big thanks to Kim and Colwith Farm Distillery for our tour and tasting.

Pin me for your Cornish gin break planning! 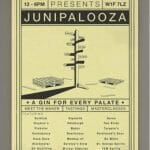 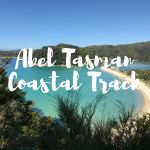 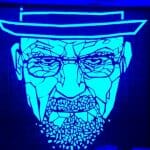