May’s gin of the month at The Oliver Conquest is Martin Millers. This means that it’s a) on special offer and b) there was a free gin tasting 🙂 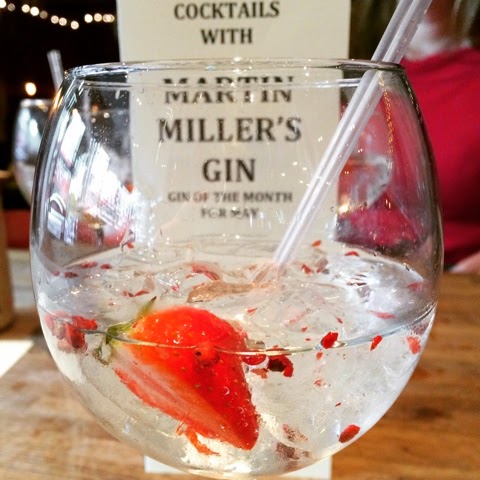 As part of the tasting Martin Millers sent the lovely Chris down to give us a Masterclass in gin history and the botanicals that made it into the gin. 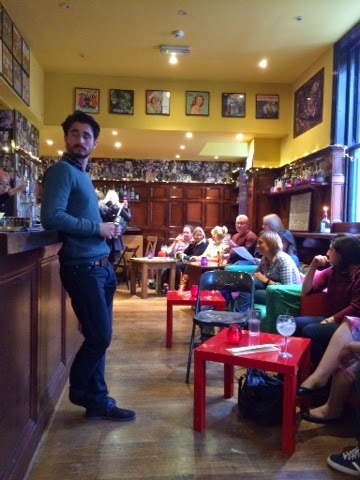 We learnt about gin’s early beginnings as juniper liquor, which was ‘discovered’ by French monks, who thought it was the elixir of life, through to the 1700s when it was popular in the form of Genever in the Netherlands.
The term ‘Dutch Courage’ made it into the English language courtesy of the English involvement in the 30 years war between the Dutch and the French. A pint of Genever was required before going out to battle.
At the same time England was increasing her colonies in India and China and so availability of spices, combined with increasing taxes on French liquor imports, lead to an explosion of gin making in London. It was safer to distill and drink liquor than the water – soon everyone – men, women and children – were drinking 2 pints a day!
Gin laws took a long time to curb this level of drinking – in the end it was the wheat harvest failing that stopped it.
Fast forward to more modern times – the cocktail was invented to make bathtub gin more palatable during the prohibition era in the US. This also lead to an influx of bartenders from the States to London and the creation of better quality gin and cocktails like the martini, which didn’t rely in other flavours to mask the gin taste, but instead celebrated it. 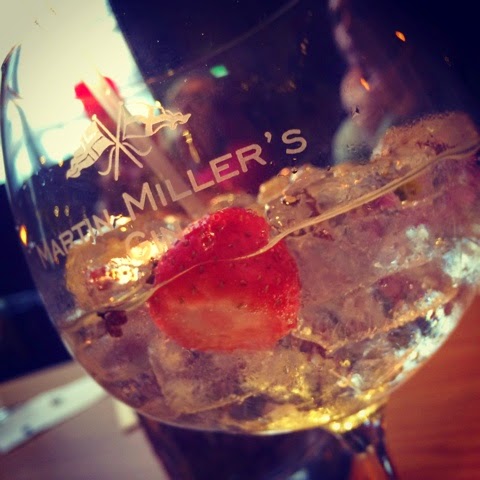 Martin Millers gin was created by Martin Miller when he and his friends got fed up with bad gin and tonics. Martin was a bit of a playboy – a self made millionaire twice divorced and bankrupted – making this gin was for fun and Martin wanted to make something nice, no holds barred on the quality of the ingredients.
Chris gave us a great analogy: Making gin is like throwing a party – the guest of honour is juniper, without juniper you don’t have a gin – then you have your bitter friends – the citrus, the spice girls, the sweet guy and then coriander turns up and gets everyone dancing together.
For Martin Millers gin the citrus is fresh, orange, lemon and lime peel. Spices include cinnamon and cassia bark (more like cinnamon than cinnamon and cheaper!) Liquorice powder, 7 times sweeter than natural sugar, but also with a spicy taste. Coriander highlights the citrus and adds a a herbal flavour, whilst orris root and angelica bind everything together and slow release the aromas. The secret ingredient is cucumber added post distillation, which means this is not a London dry gin (you can’t add anything post distillation for it to be a London Dry style). Apparently this was copied by Hendricks 😉
The key to Martin Millers is the water used to dilute the distillate to drinking % – it’s sourced from one of the purest sources in the world – an Icelandic spring! In tasting you get the flavour of the citrus, a sweet edge with the cucumber and juniper, with peppery notes.
We also tried the Westbourne strength gin, which is stronger than the regular gin with the botanicals turned to to 11% This results in a gin that’s spicer, but still soft and smooth. This is better for cocktails like martinis and negronis where you don’t want the spirit diulted. 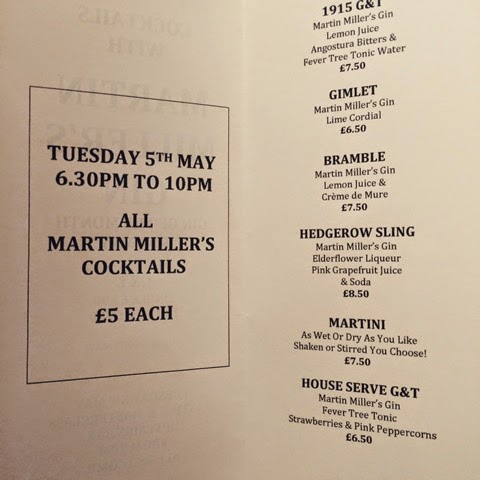 For the tasting evening there were special deals for the Martin Millers cocktails so we could try this theory out! 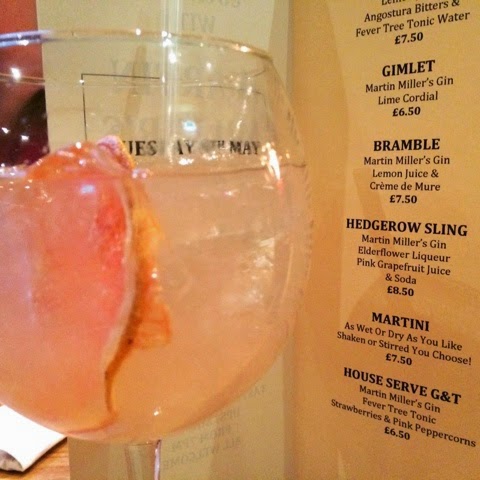 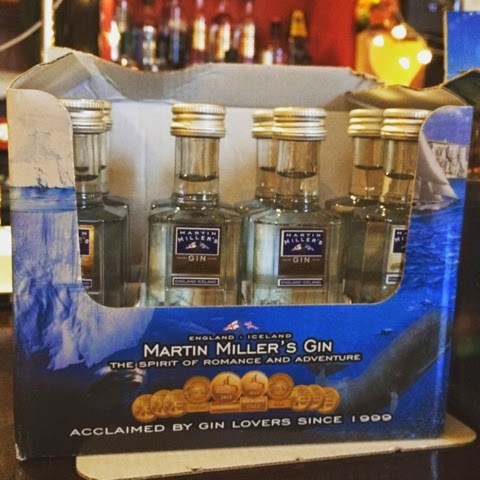 A wee treat – a mini Martin Millers handbag gin to take away! 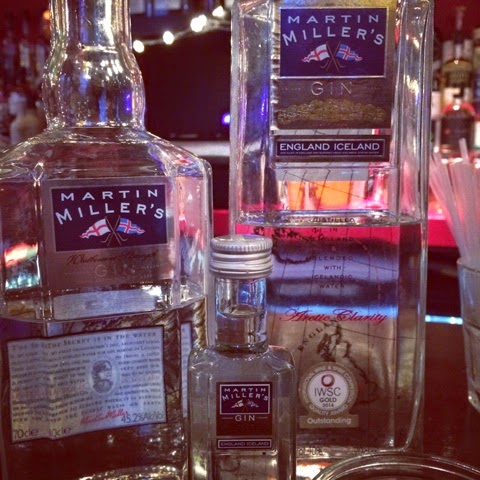 If you fancy coming to a free gin tasting follow @OliverConquest on twitter and email them to book a space….
The most exciting news though, is the launch of The Oliver Conquest’s own gin, made in collaboration with Gin Foundry, on the 21st May 2015. 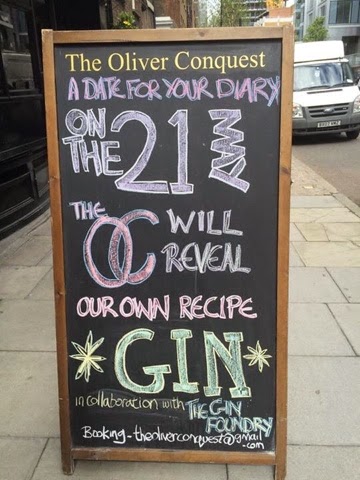 There is a detailed tasting from 6.30-7.30 for fellow gin nerds like me 🙂
If you want to come along to taste the gin at the launch, you need to book with The Oliver Conquest booking-theoliverconquest@gmail.com
Then in June, Bobby’s Gin is gin of the month and there’s a free tasting @7pm on Wednesday 3rd June, plus special offer prices all month on Bobby’s  G&Ts. 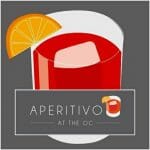 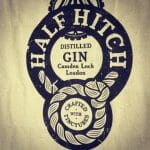 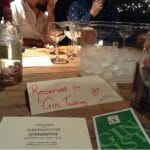 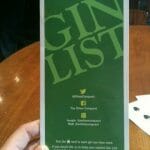