Woodlab distillery is based in Northern Ireland and launched their 3 gin products in the newcomers zone at Junipalooza 2018. Ahead of this year’s Junipalooza, I caught up with distiller Dr Ulrich ‘Ric’ Dyer to find out more about his gins and everything Woodlab based.

Read to the bottom for info on how to win Junipalooza tickets for this year! 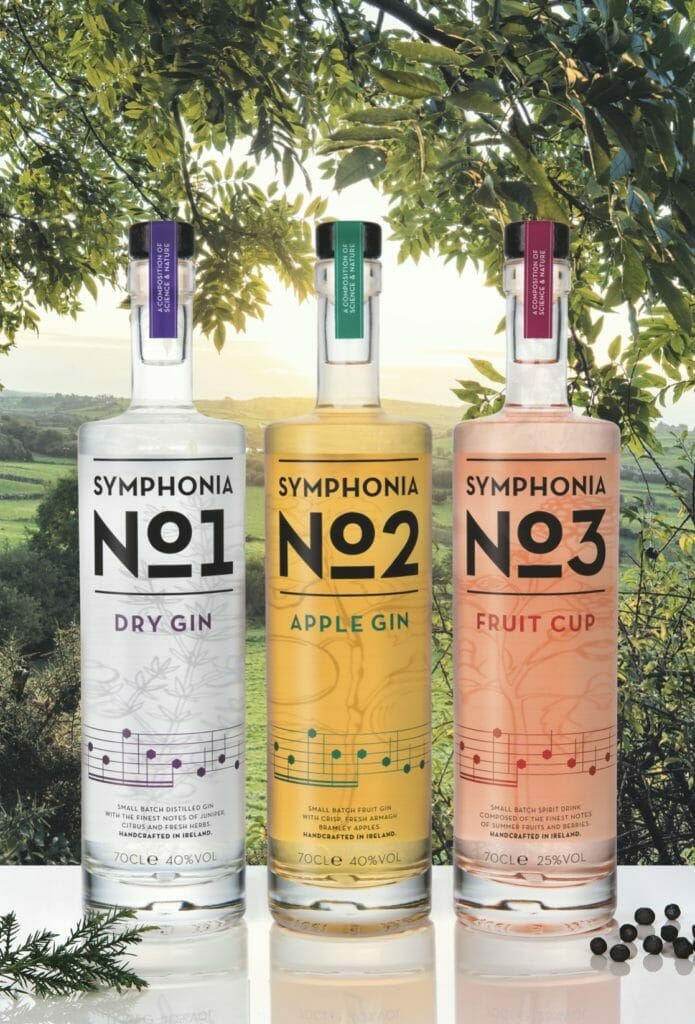 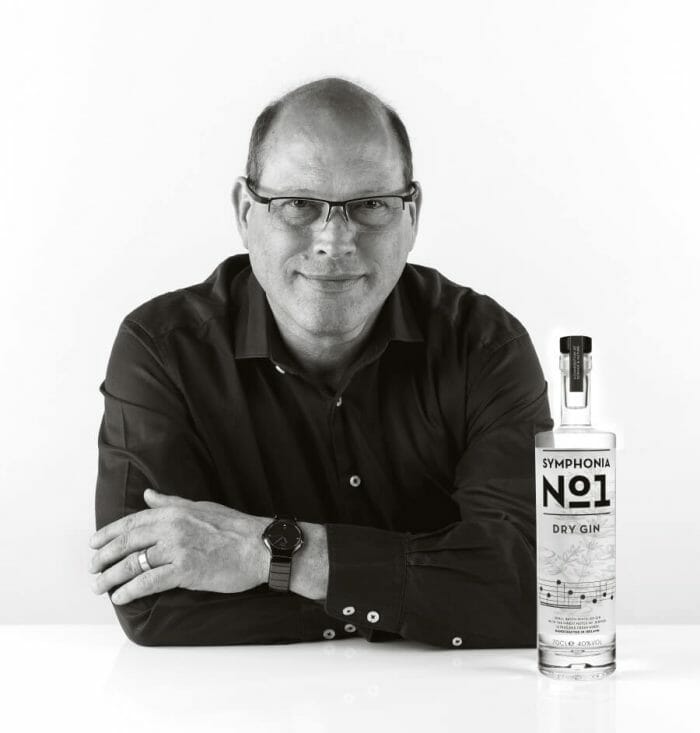 Meet Ric, the man behind Woodlab distillery and the Symphonia gin range

A passion for gin & food

Ric and his wife Fiona have always been gin drinkers, preferring gin & tonics and the very occasional cocktail when out. Until the recent rise of artisan gins they would typically have a bottle of Gordons or Tanqueray on the go at home.

It was only in 2016 that Ric decided to make the move from the pharmaceutical industry and venture into making gin. Ric had been finding that as he progressed through his career and up the organisations, it took him further and further away from the creative process and into business leadership. As a self proclaimed foodie, the rise of artisan gins and the innovation around this new wave of distillation, was a great fit with Ric’s desire to get creative again. Typically for a pHD in chemistry, Ric did this in a very scientific way.

Obsessive, geeky and maybe slightly mad but that’s me!

Ric told me more about his gin making process:

“The first aspect is the choice of equipment I use. I had used a rotary evaporator in my job for 30 years. So using it to carry out vacuum distillation of a gin was obvious to me. As was the use of microwave power to efficiently extract the essences from botanicals, because it is a technology used in perfume production.

When you couple this equipment, with my knowledge of scaling up the manufacture of complex chemistries up to production scale, it allowed me to devise highly efficient processes that can get the most out of the botanicals I use. These processes also protect the delicate flavours and fragrances of the soft herbs and flowers that grow around the distillery.” 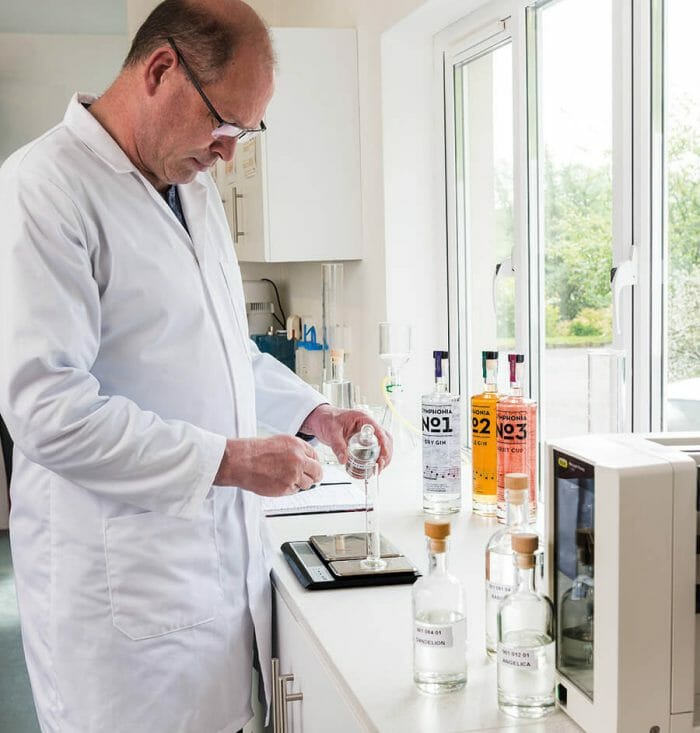 “The second aspect of my gin making is to use my knowledge of chemistry to the understanding of flavour molecules.  I wanted to use where possible only ingredients that were grown around the distillery. So I carried out the chemical analysis of common gin botanicals and compared them to botanicals from this region and found local replacements.

For example the same flavour molecules found in cubeb peppers from Indonesia can be found in dandelion flower petals that grow in abundance in the hedgerows here.  Another complication is the fact that juniper bushes in Northern Ireland are few and far between and certainly not a sustainable source. So I carried out a chemical analysis of Irish juniper and compared it to every sustainable source of juniper from around Europe, and found Tuscan juniper was the closest match in its chemical composition.”

The name of the brand came from the process of making the gins. Ric distills each botanical under bespoke conditions and then takes this collection of flavour notes and composes them into Symphonias.  The “music” notes on the front of the bottles are actually not music – if you look closely you will notice they are hexagons not elipses. That’s because they are flavour notes, not musical notes. Each bottle has different notes and different levels of the particular flavours, so they are actually the flavour composition of the particular spirit – a composition of science and nature.

The distillery set up

The distillery is at Ric’s house which is in the middle of the countryside. He converted the 5 x 8 meter garage into a distillery, which involved putting in laboratory benches, cupboards and buying the rotorvap and microwave extractor to put on the benchtop.  That’s where they came up with the name Woodlab Distillery = it’s literally a laboratory in the woods.

The beauty of Ric’s approach of distilling super-concentrates and then adding these to a large volume of NGS, means he can do it in a limited footprint, but still have the potential to do a respectable 1000 bottles a week. Currently he makes about 250 bottles a week as they only launched last June and it’s just Ric in the business at the moment.

Ric told me about his plans for the future:

Our vision is to create a lovely visitor experience, where the gardens grow the botanicals that go into the gin, ideally including an apple orchard.  Inside we would run workshops on the science of flavour perception, the chemistry behind gin making and an opportunity for people to compose their own Symphonias from my collection of flavour notes.

Whilst Ric has loads of ideas for new products, he is focusing this year on ‘converting an expensive hobby into a sustainable business’ using their existing products.  One thing you can be sure of is that any future ideas will involve distilling the essence of the Irish countryside and sticking it in a bottle!

Ric shared his views of the gin industry in Northern Ireland:

“There are some great Northern Irish gins and it seems to be thriving with more and more gins being launched. Three others were launched last year and there is at least another on the cards. There are some great visitor experiences at Shortcross, Jawbox and Boatyard. Considering Northern Ireland just won the Best Food Destination, a visit here is surely a must, particularly when you throw in the Game of Thrones experience! [noted… planning my Northern Ireland trip asap!]

A lot of Irish distilleries are looking forward to producing whiskey and the gin is a way to maintain cashflow whilst the whiskey matures. That’s never going to be an option for our distillery because of the equipment and approach we take. Ours is more about provenance, showcasing the botanicals and demonstrating the effects of ”terroir” on our gins and other spirits.”

What does Ric love most about making gin?

I love the creativity and freedom of recipe design, and getting good feedback from customers on my gin.

How to drink Woodlab Distillery gins 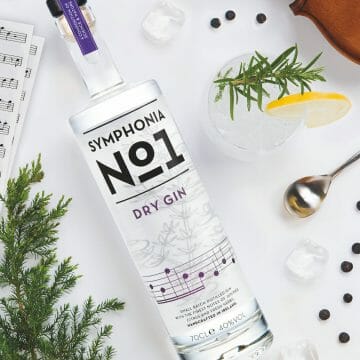 Symphonia No.1 is a dry gin, that is smooth, well balanced and has a good mouthfeel. So it works well in a classic martini or other recipes where the gin is the major player. It doesn’t work well with tonics with a high quinine level as this masks all the later notes that Ric worked hard to introduce.

I would recommend serving with FeverTree Mediterranean tonic, as this has a lower quinine level than their regular tonic. 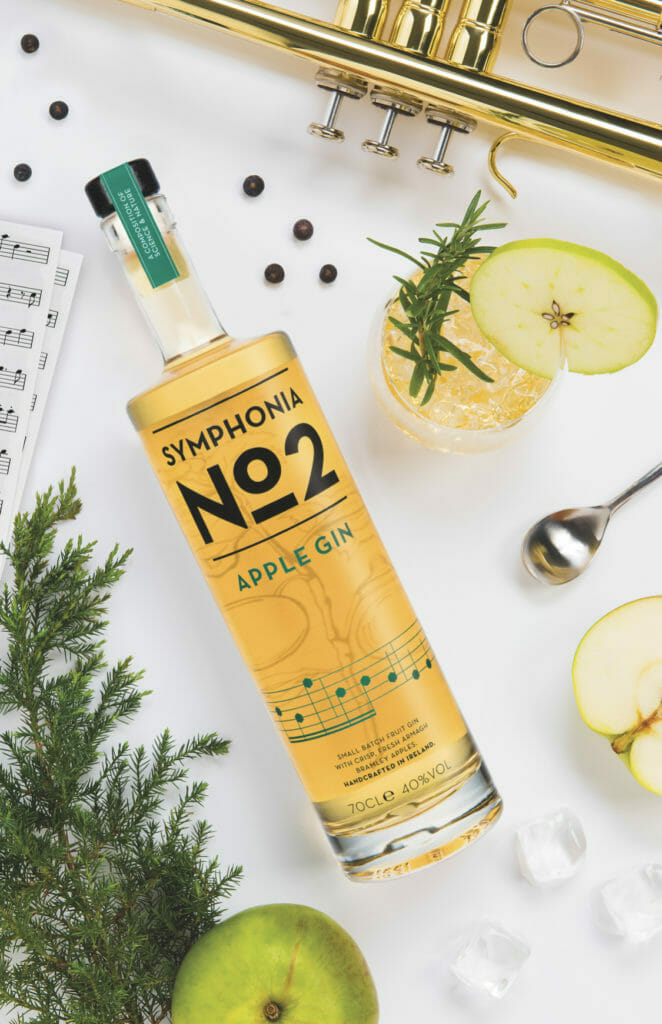 Ric was pleasantly surprised with how well No.2 works as a gin and tonic, where you get the classic Gin botanicals taste followed later by the crisp apple – accidental genius! Obviously No.2 makes a great appletini – no need to go searching for the right apple juice this already has it in abundance.

I also like using the No.2 as a cocktail. It’s very easy to make it something extra special, with a flavoured mixer, in this case the Rose Lemonade from Fentimans and garnished with apple slices & rose petals:

Having a fab afternoon for my friend’s baby shower – only 2 weeks before we meet the baby!! ?? . For the non drinkers I brought a selection of @fentimansltd Rose Lemonade and Citrus Tonics – Pink Grapefruit and Mediterranean Orange, pimped with @ginfusion_uk gin garnishes (loving how pink the hibiscus in the Tropical one goes!) . For the drinkers we had @woodlabdistillery Symphonia no. 2 – the Apple Gin with the rose lemonade and garnished with fresh apple slices and Rose @ginfusion_uk . Combined with a full spread of food, including gin and tonic cupcakes, it made for great afternoon! . Thanks to @rleitaker for hosting and good luck Nadine!! ? . #babyshowerideas #whatskatiedoingblog #ginandtoniccupcakes #ginspiration #reGinned #fentimanstonic #woodlabdistillery #applegin #symphoniano2 #babyshowerfun #babyshowerparty #ginfusion #ginfusions #ginfusionbotanicals #ginfusion_uk #london?? 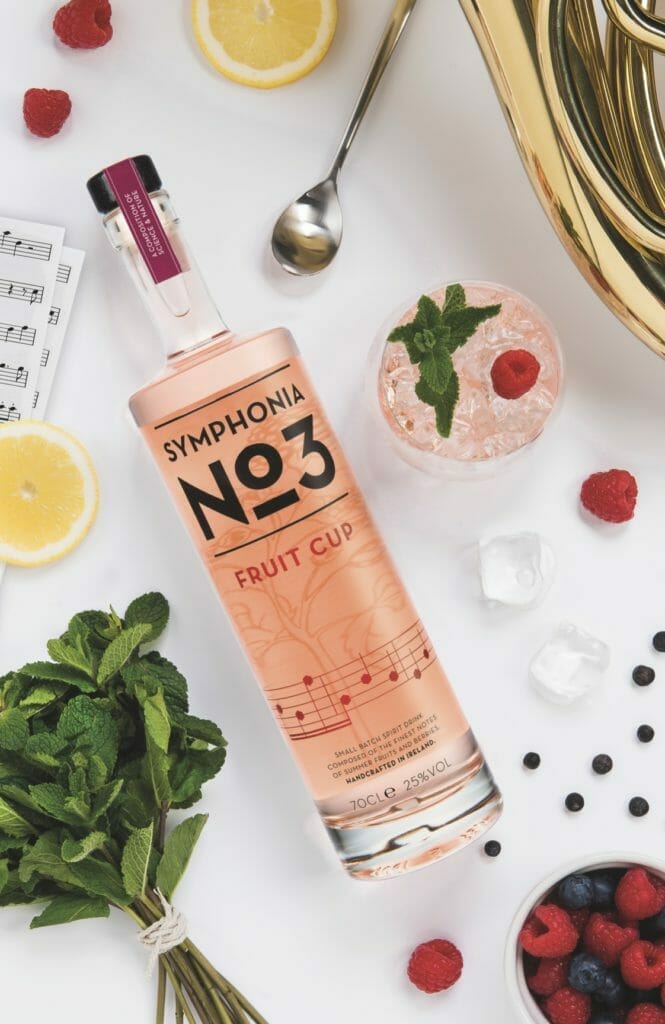 No.3 works well as a French 75. Ric calls this a Sunny 75, because No.3 is not that sweet it doesn’t overpower the sparkling wine. Instead the flavours work together and you can taste each component and savour the harmonies of summer fruit with sparkling grape.

However you can also use this Fruit Cup in a more traditional serve with lemonade. Or pimp it a little with some ginger ale or a flavoured mixer like I did! Add mint and red fruit for garnish for a refreshing long drink in the sun.

Definitely time for a summer fruit cup! ???? This is one is a newcomer that I tried at @junipalooza London this summer – Symphonia gin #3 from @woodlabdistillery swipe ⬅️ to see more I served it two different ways – one with @fevertreemixers Spiced Orange Ginger Ale and one with @sanpellegrinofruitbeverages Orange and Pomegrante. Both drinks were garnished with raspberries and strawberries and a variety of mint from the garden I would definitely recommend the ginger ale for a different take on the usual lemonade in a summer cup (although a bitter lemon would also work very well, especially with the minty notes). The fruity San Pellegrino is one for a sweet tooth (but isn’t it a beautiful colour♥️!) #summercup #fruitcup #summercocktails #gincocktail #whatskatiedoingblog #fevertreegingerale #woodlabsdistillery #symphoniafruitcup #symphoniagin #sanpellegrinofruitbeverages #orangeandpomegranate #instacocktails #imbibegram #drinkstagram #imbibe #drinkup #junipalooza

Find out more about Woodlab distillery and the Symphonia gin range

To find out more about Woodlab and the Symphonia gin range, check out their website: Symphonia Gin

You can also find them on social media:

Woodlab distillery will be back at Junipalooza on 8th and 9th of June 2019. Win a chance to visit Ric and try all the Symphonia gins by entering this competition. 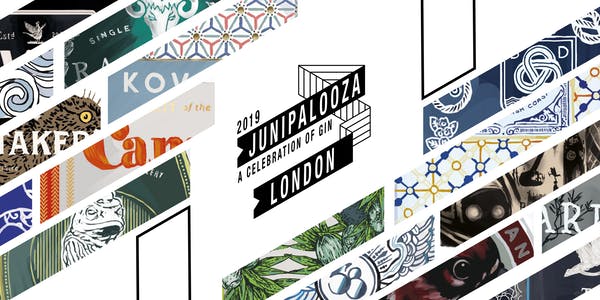 I have 2 pairs of tickets for the Junipalooza SOLD OUT Saturday evening session – 4pm to 8pm, to enter simply:

Pin me for your Northern Irish gin inspiration! 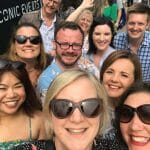 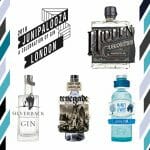 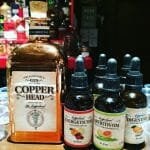 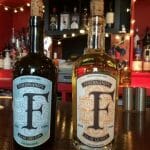