Guess who’s back, back again? B-Rex is back, tell a friend. If that doesn’t get the classic Slim Shady song stuck in your head, well… we can’t be friends. Last week I was delighted to be invited to the relaunch of the classic Byron B-Rex burger at their High Street Kensington restaurant. If you’ve never heard of the B-Rex (or his friends C-Rex and V-Rex), then read on! 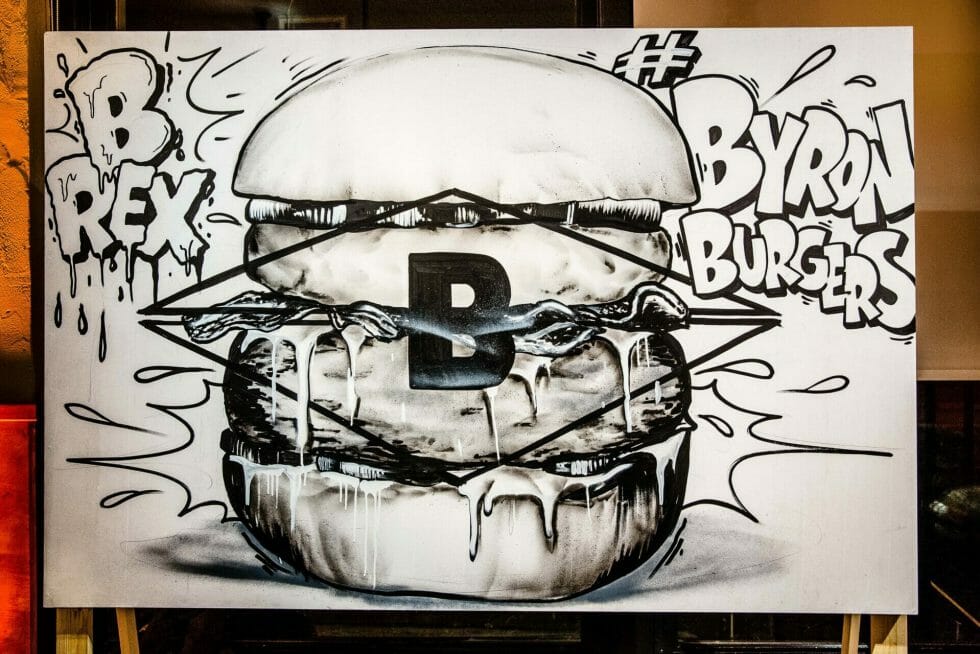 *Full disclosure, my meal at Byron was free in return for this blog and social media coverage – FYI I ate it all myself!*

Byron Burger B-Rex is back!

The B-Rex (or Byron-osaurus Rex burger) is a burger beyond all others. It’s a classic Byron hamburger patty topped with an onion ring, cripsy smoked bacon and American cheese. The addition of jalapenos, sliced pickles and onions, BBQ sauce and mayo makes it the ultimate BBQ burger (according to Byron).

[AD – gifted] Guess who’s back, back again? The @byronhamburgers B-Rex is back…. tell a friend! . Last night I went to the relaunch of the Byron B-Rex burger – a beast of a burger with a whole onion ring, cheese, smoked bacon, onions, gerkin, BBQ sauce, jalapeños, mayo, all with a classic beef, chicken or bean patty. . Swipe ⬅️ to see my T-Rex face and yes I ate it all ??????? . Check out my stories to see T-Rex versus B-Rex! ? @munchinglondon ? . Originally launched in 2014 Byron have brought the B-Rex back due to popular demand. If you’re one of their Burger Club members like me, then you’ll know this already and they have a special offer for you on Monday 11th, enjoy! . #byronburgers #byronburgerslondon #london?? #whatskatiedoingblog #hamburgers #bestburgers #brexburger #burgermania #foodie #instafood #foodiegram #goodfood #EatLoveLust #hackmyplate #getinmybelly #foodforfoodies @dailyfoodfeed #yummy #foodstagram #eeeats #foodpic #forkyeah @food52 #foodlove @love_food #feedfeed @thefeedfeed

Why is B-Rex back? 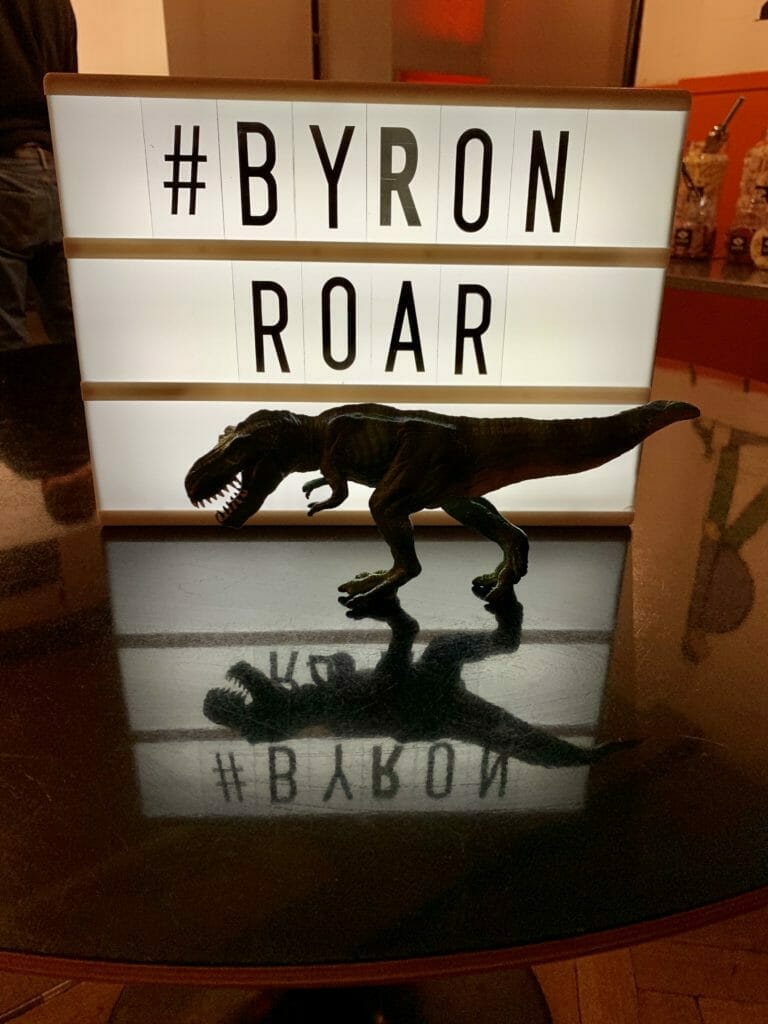 Yes I brought my own T-Rex to faceoff with the B-Rex!

Originally launched in 2014, the B-Rex was one of the most popular burger specials at Byron. When it came off the menu, the fans cried… so Byron have brought it back, alongside some new specials (see below!) 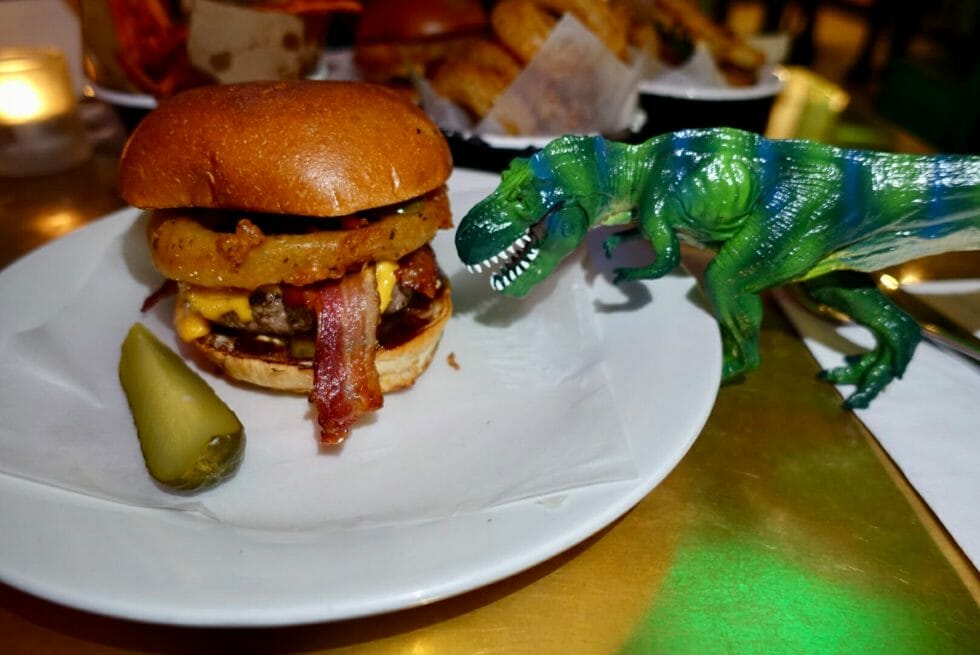 T-Rex ready to dive in!

But I don’t eat beef/meat…

Don’t worry! Alongside the B-Rex is the C-Rex or Cluck-osaurus – a chicken version of the burger; and the Veggie-saurus V-Rex. The V-Rex has a veggie patty and no bacon. 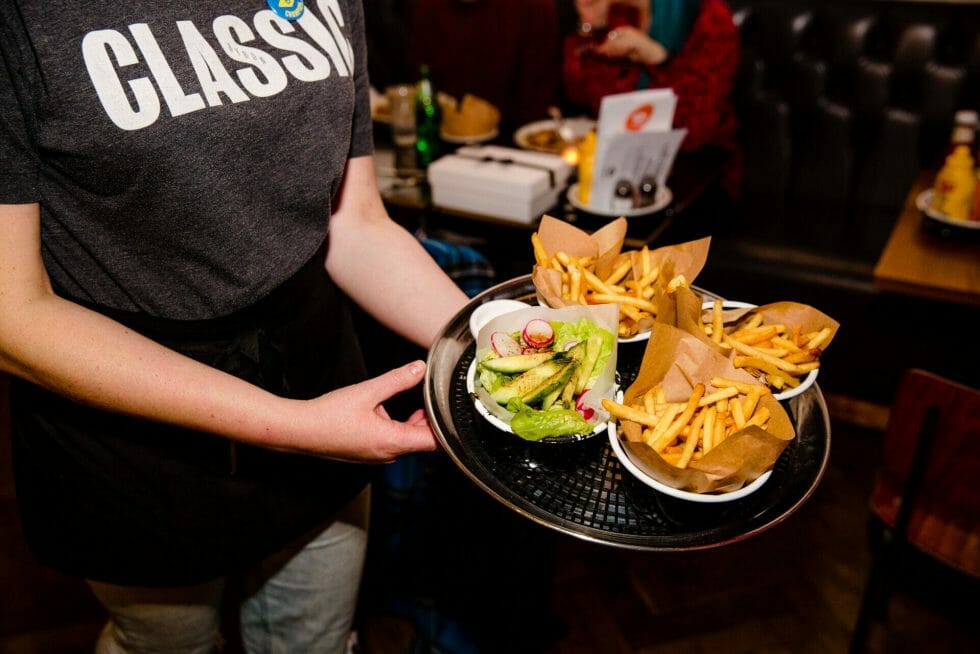 I knew when I walked into the restaurant that I had to try the classic B-Rex, it simply smelt too good not to! (Plus I’m an omnivore).

Tell me about the sides! 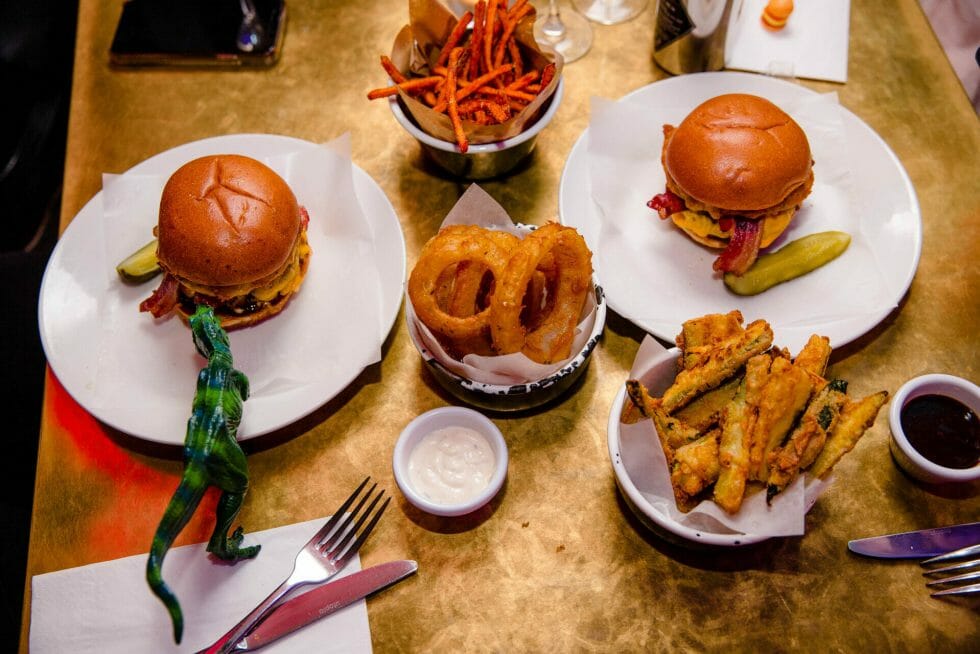 T-Rex checking out the B-Rex 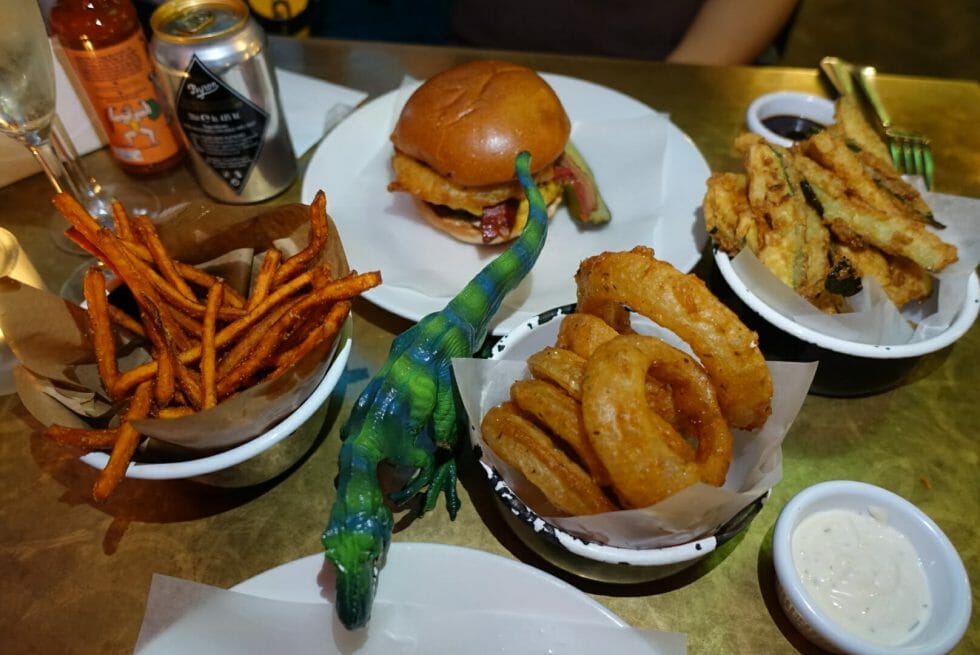 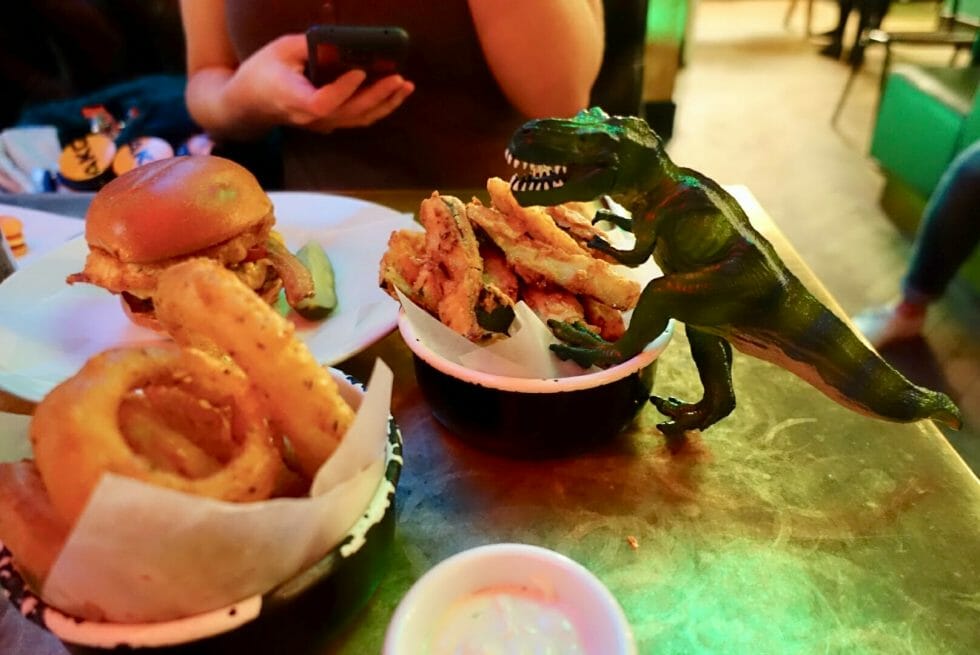 Then T-Rex tried to get up close to my courgette fries – but he wasn’t getting them!

What about the milkshakes?

Well there is a special triple chocolate milkshake launched too, the Choco-osaurus Rex…

I made do with an Oreo milkshake, which I pimped out with a shot of rum and additional trimmings at the Freak Shake bar on the night. 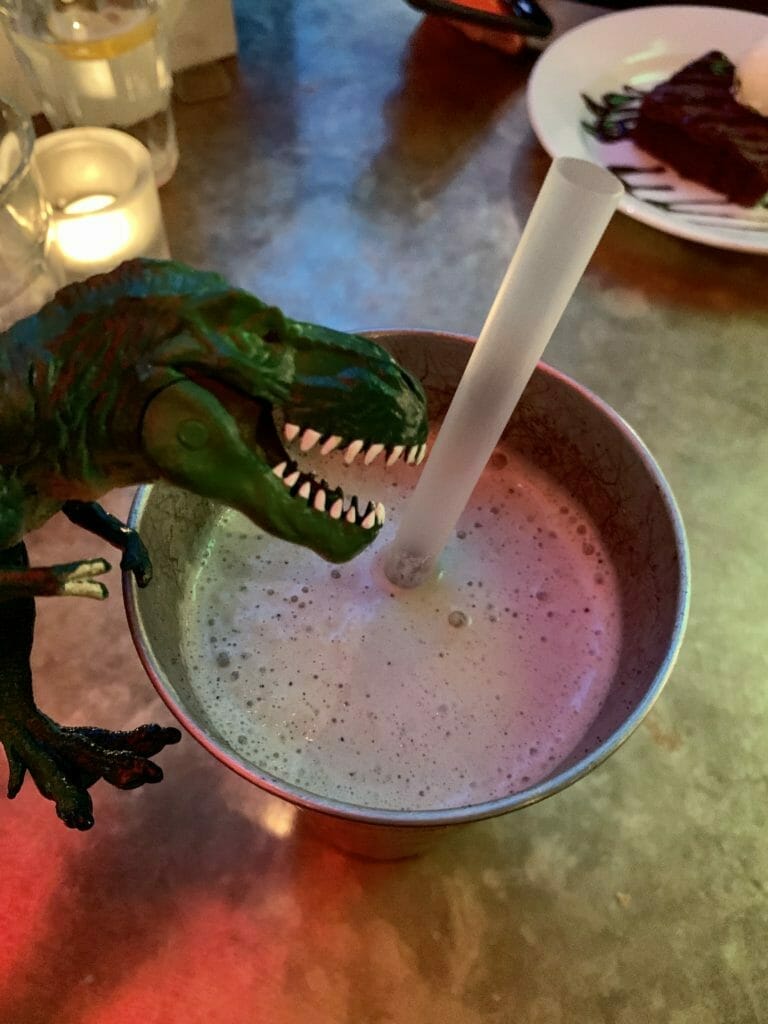 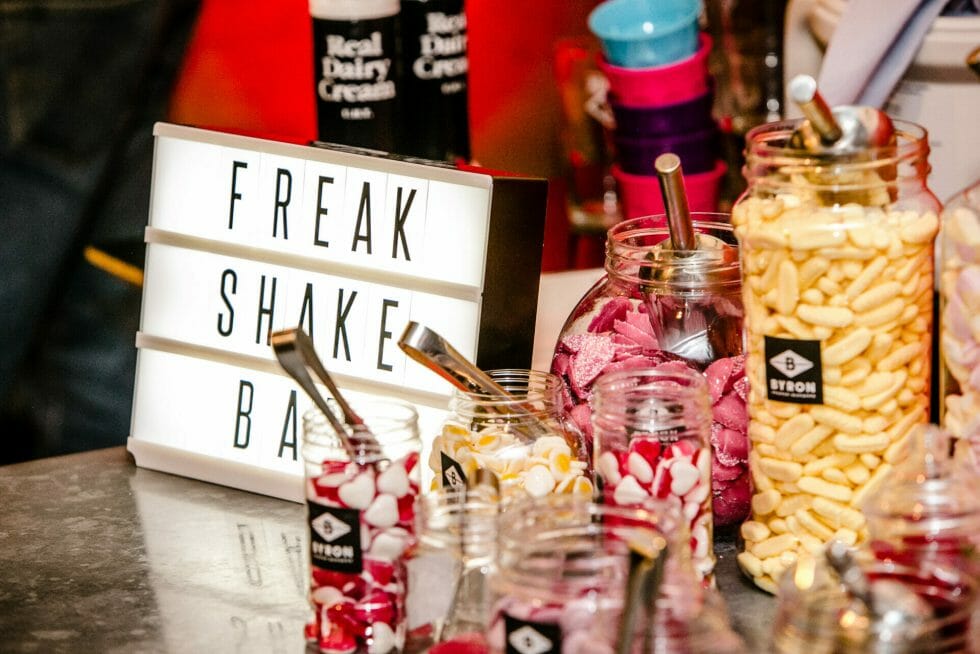 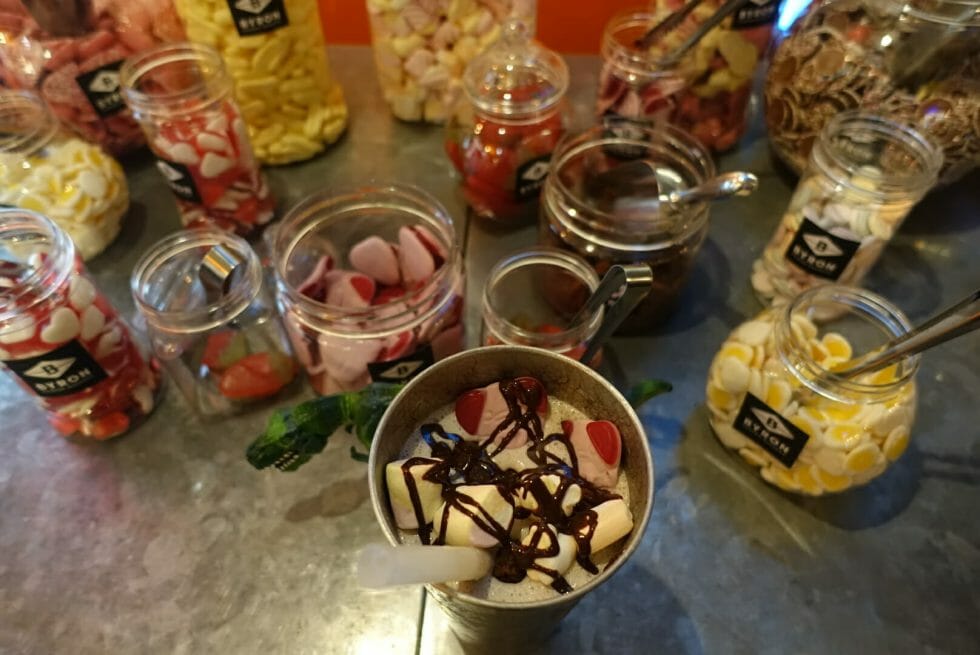 I didn’t go too mad pimping my shake….

I have to admit that the milkshake was just one thing too much, I couldn’t finish it! But it was nice to try instead of a dessert. 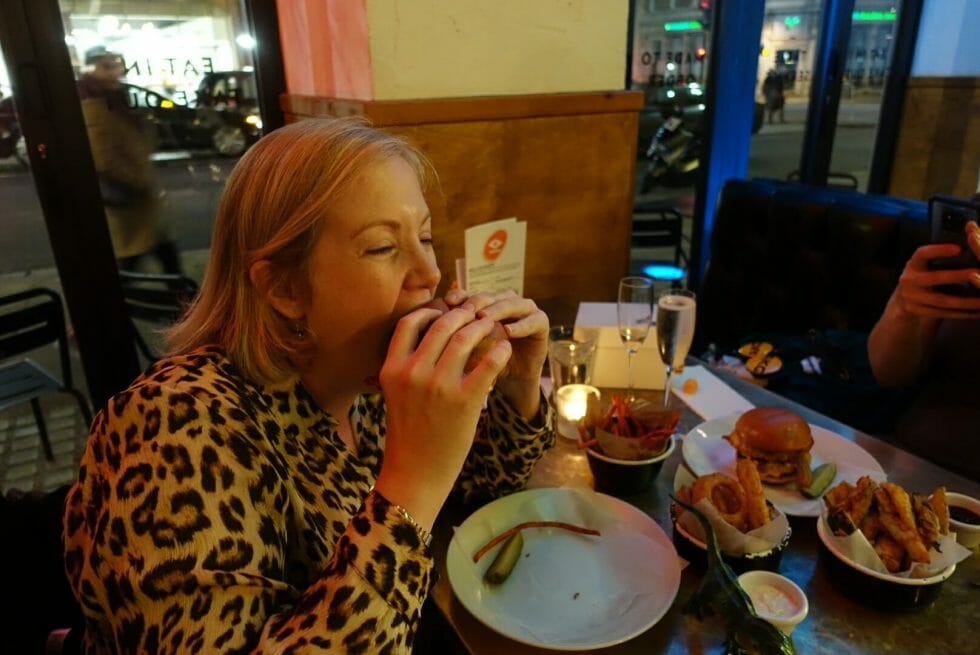 The B-Rex burger was so tasty, that I ate the whole thing! I even managed to finish the sides that I was sharing with my friend, however the milkshake was one thing too many.

Whilst I wouldn’t recommend this meal for every week (I’m sure the burger alone was close to 800 calories!), it would be good for a treat or special occasion. It’s great to push the boat out and try some decadent like this every once in a while!

Byron Burgers can be found in various locations around the UK, check out their website for your closest branch.

Tell me, which burger would you choose?!

Pin me for your burger inspiration! 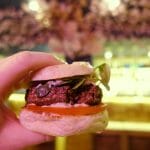