Last month I was invited to attend the launch of a brewery rebrand. Not many details were given away beforehand, except to come along to the Taprooms in Bethnal Green.. so along I went! 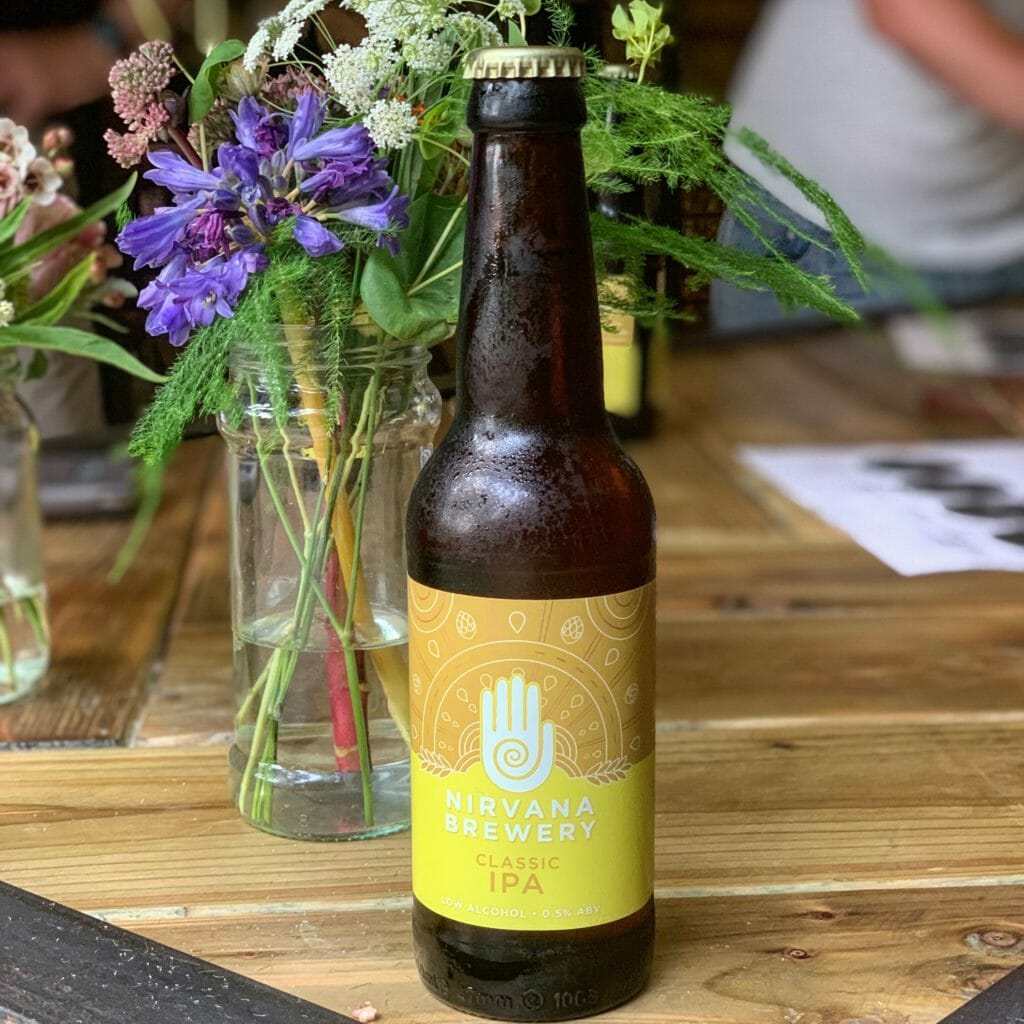 Oops this gives it away!

*I was invited to attend the relaunch for free, this blog is my own opinion*

The evening included a blind tasting of the beers. Our compere and guide through this was Ali Dedianko, a leading beer enthusiast and London Beer Week director. 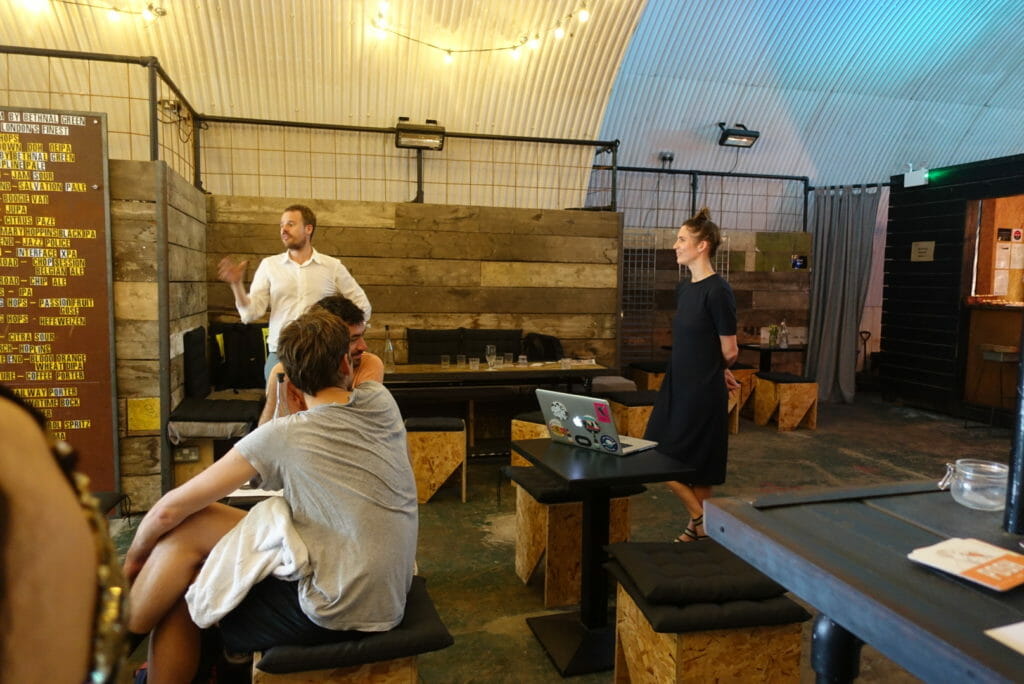 Ali took us through the history of beer:

Beer probably first became popular in Medieval times, when the water was dirty and not safe to drink. So low alcohol beer was fermented and was safer than water, without being something that got you drunk.

Beer can be made from different grains – e.g. barley or wheat or even rye. However most beers are made from barley as the rye was reserved for bread making in some countries, as it was huskless and easier to make bread with. In Lithuania they make a low alcohol beer called Kvass from rye and I drank this when ‘not drinking’ in Vilnius.

Fast forward to more recent times and Prohibition. Some larger companies managed to avoid closure during Prohibition by producing beers that fit in with the laws for less than 0.5% alcohol ‘light or near’ beer. These drinks remained popular even after Prohibition. Now if you look at today, some of these original Prohibition era beer recipes are making a comeback!

These days you even have the likes of Erdinger being marketed as an isotonic sports drink! Studies suggest that beers can aid in recovery from physical activity – just what we all wanted to hear.

So have you guessed what we are tasting yet? No or low alcohol beer of course! 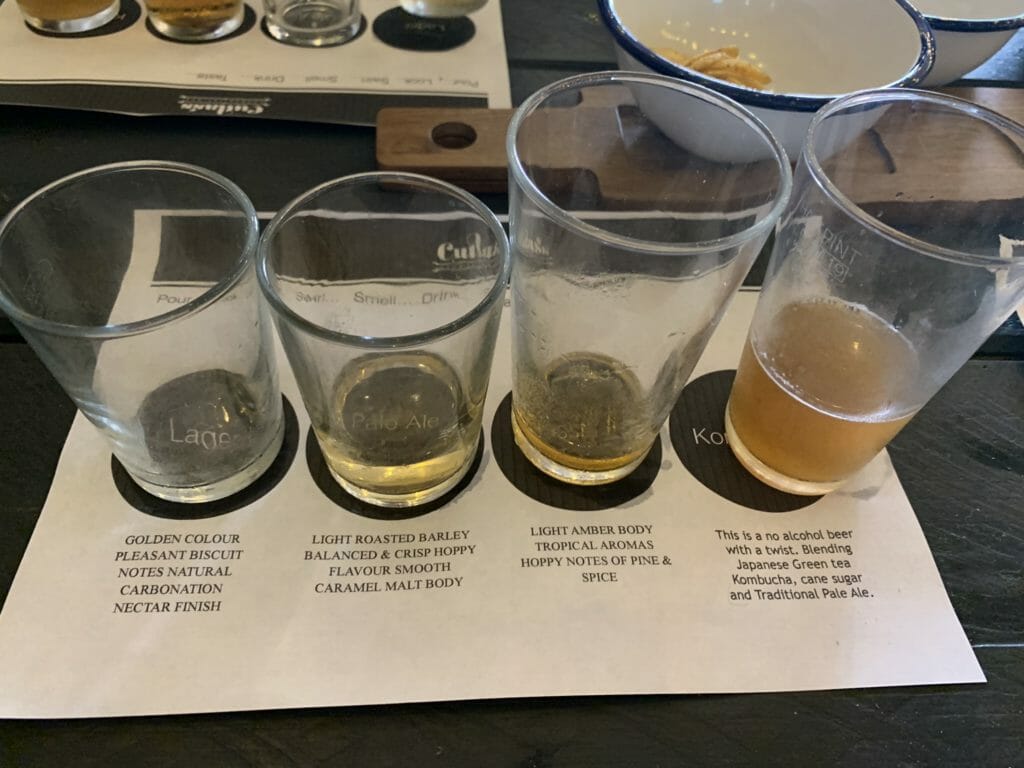 We started off by tasting an award winning lager. This was biscuity in flavour and aroma, with a little honeyed sweetness. I found this refreshing, especially on a sticky humid London day. This was less than 0.5% alcohol having been dealcoholised.

In our tasting they paired this one with popadums, which really worked. 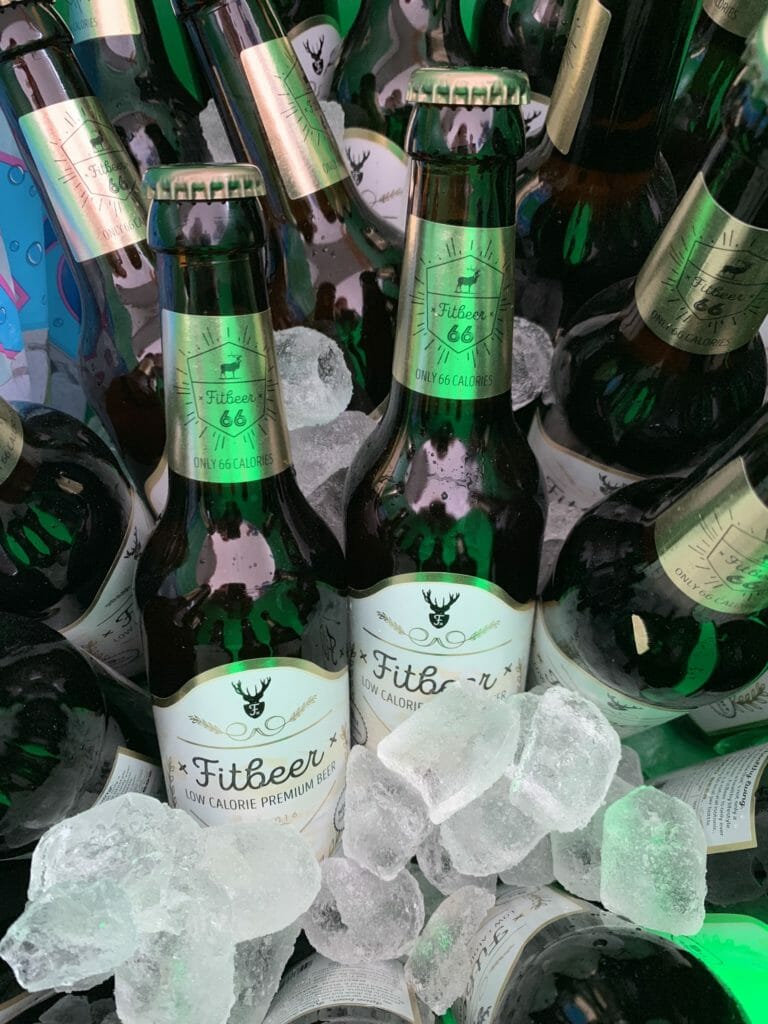 A bucket of Fitbeer at our latest party! Perfect for pregnant women and athletes too

This beer is low in calories, with high levels of vitamin B12 and folic acid. Basically it’s perfect for pregnant ladies to drink or for that post gym drink. Which is why my Dad had bought this under it’s old name of Fitbeer.

This beer had tropical fruit and piney notes with a hint of lemon. It was more bitter than the lager, but with a soft mouth. The flavour comes from the Cascade hops used to make it. 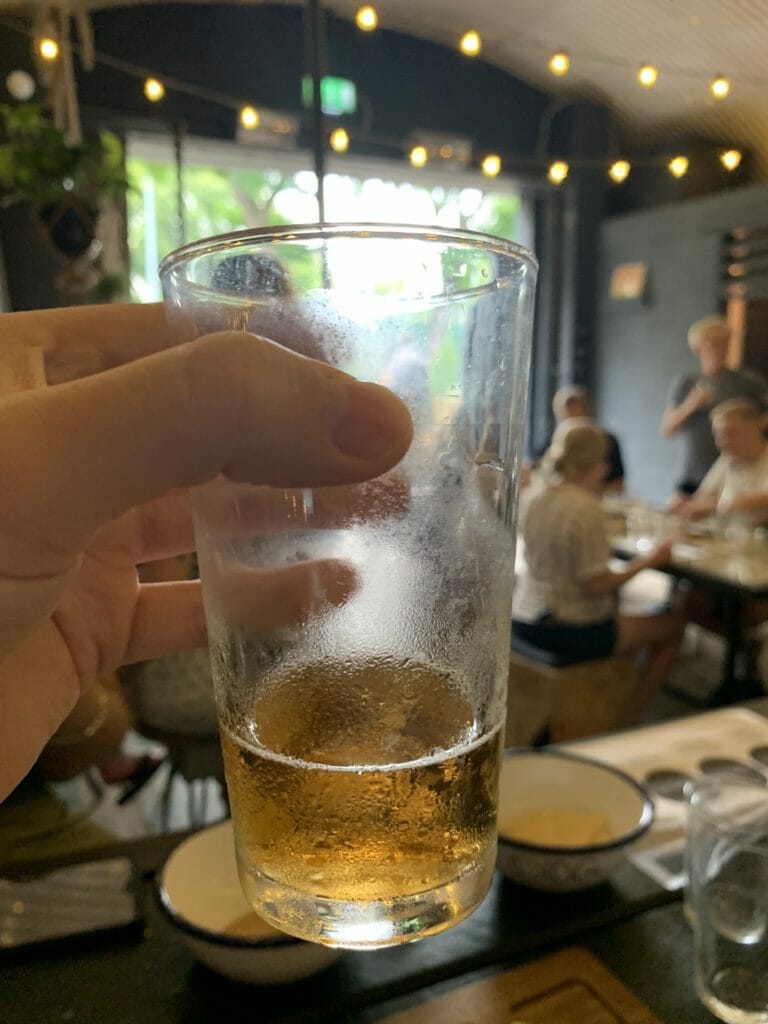 This was paired with sweet chili crisps, which didn’t last long.

The IPA (India Pale Ale) had a pine and fruity nose. It had some spice in the aftertaste and was more bitter and almost smoky. 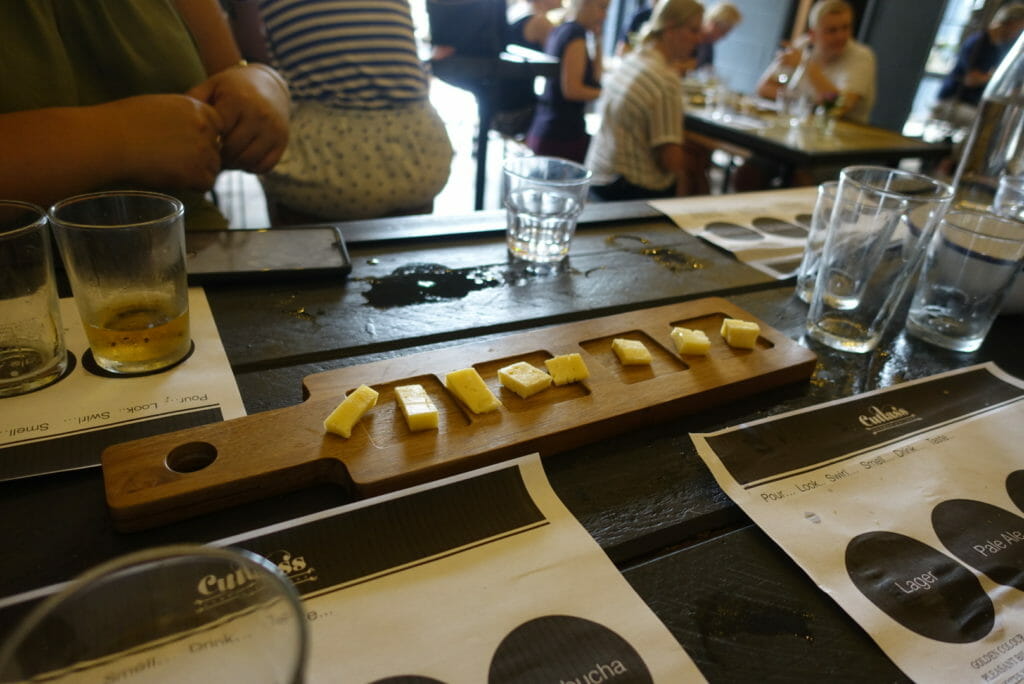 I approve of any tasting that pairs with food

They served this with a washed rinded cheese similar to cheddar. The fattiest & salt in the cheese offsets the bitterness of the beer.

Last month I was at the launch of the new branding for @nirvanabeerco – I didn’t know this beforehand! I also didn’t know that they exclusively make non alcoholic or low alcohol beer! ? [invite] . We tried our way through the range of beers and were suitably impressed by the flavours despite being dealcoholised – if you can’t drink, or don’t want to drink, but still want to join in with friends then these beers are for you! The lager is even isotonic – so perfect to rehydrate after a work out! . They have a 0% stout, an IPA, a pale ale, the lager or ‘fitbeer’ and a kombucha beer mash up. I also love their new branding, taking the @nirvanabeerco look across the range and making the names simpler . ❓would you try this beer?❓ . #whatskatiedoingblog #nirvanabeer #nirvanabeerco #nirvanabrewery #alcoholfreelife #alcoholfreebeer #lowalcoholbeer #lowalcohol #discoverunder10k #whattodrinkwhenyourenotdrinking #alcoholfree #lowalcoholdrink #noalcoholstout #lowalcohollager #lowalcoholipa #lowalcoholpaleale

What do you get when you mash together beer and kombucha? Well this! It smelt like vinegar to me, and tasted sour, like a sour cherry beer. Personally this was my least favorite of the range we tried.

They suggest serving this with smoked fish or something sweet like a frangipani tart. 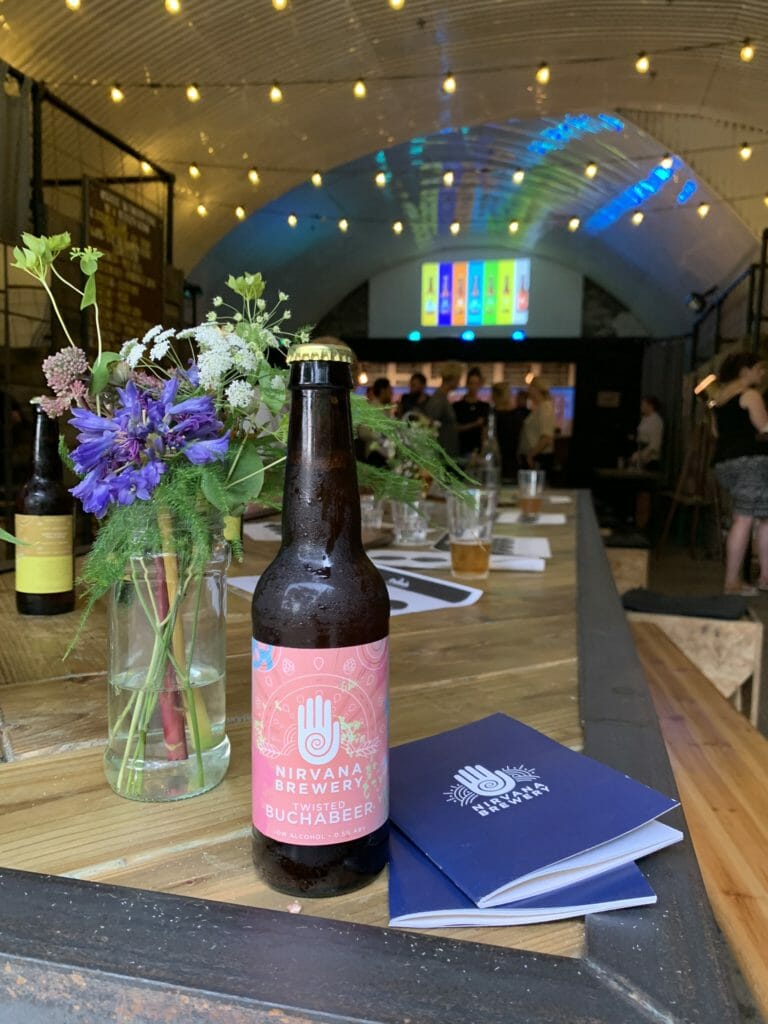 Buchabeer – a mash up of kombucha and beer

Some of you will love the tartness of this beer, so the range does have something for all palates.

The big reveal: it was Nirvana Brewery all along!

All these beers come from Nirvana Brewery, based in Leighton, London. They have just relaunched their range, with fab new branding and simplified names, so that you can tell the style of beer easily from the label. 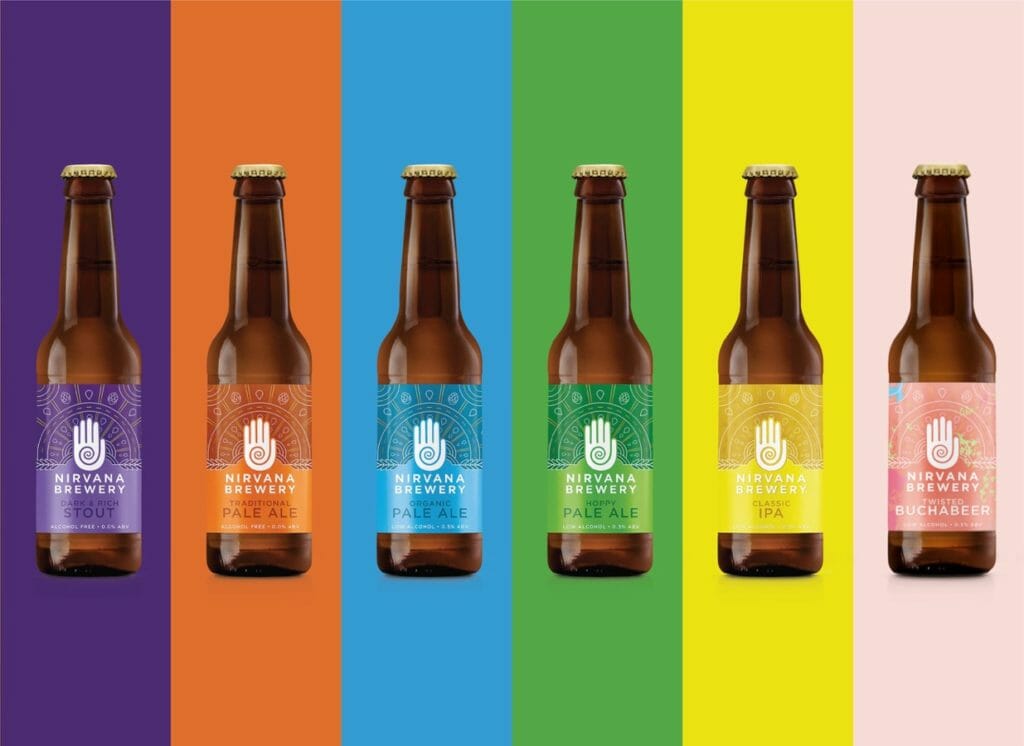 Apparently you can drink 9 ‘no alcohol’ beers for every ‘normal’ proof beer. This is because if the alcohol content is under 0.5% it counts as a no alcohol beer, so you still have *some* alcohol in it. This level of alcohol is similar to what you would get in an orange or ripe fruit from natural fermentation, so shouldn’t get you drunk. I think however there are psychological factors that mean you expect to get drunk, so feel a little tipsy anyway!

In general beer without alcohol is not 0% abv. In the UK it has to be less than 0.05%, however EU & US law says anything under 0.5% can be called non alcoholic. Generally beers are dealcoholised – i.e. made the same way as alcoholic beer and then have the alcohol removed by distillation. This can obviously impact the taste if you heat the beer up to do this. Modern technology, such as distillation under vacuum, and other techniques have allowed the flavours of beers to be retained, even with alcohol removed.

The brewery was the brainchild of Becky Ken and her brother in law Andy. When her father in law couldn’t drink anymore, they decided to make some non-alcoholic beers that taste good, so he could drink along with everyone else. They started off with a pale ale, then stout (0%), before expanding the range into the flavours we tried at the tasting. 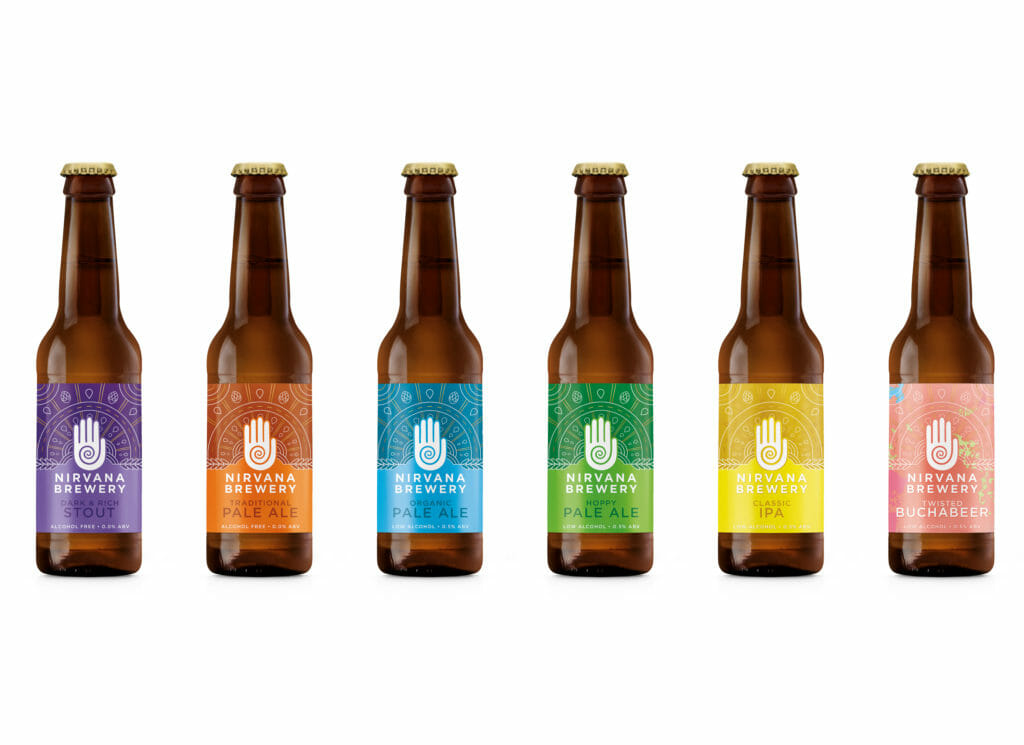 Each beer has it’s own colour and identity, the branding is consistent and the names have been updated to show the flavours to expect from each

Their brand is all about mindful drinking, so this is represented with the new labels. 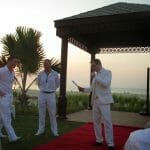 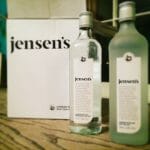 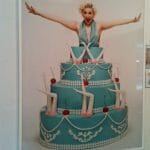 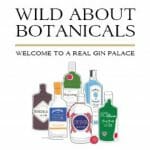